Continue to Deadline SKIP AD
You will be redirected back to your article in seconds
Skip to main content
December 2, 2019 4:50pm 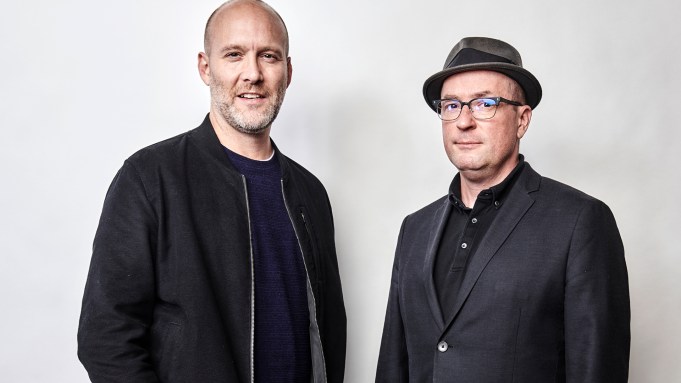 The wildly popular films cranked out by Marvel Studios are packed with cosmic heroes, super-spies, alien menaces and god-like immortals, but the secret of their success is the human hearts that beat at the center of the stories, according to the screenwriting tandem behind the history-making hit Avengers: Endgame.

“We don’t write for superheroes,” screenwriter Stephen McFeely told the audience at Deadline’s recent The Contenders Los Angeles awards-season event. “If you look at one of our scripts it doesn’t say Captain America, it doesn’t say Iron Man, it says Steve, it says Tony…We’re only interested in these stories because of the people inside them.”

McFeely’s partner in prose, Christopher Markus, elaborated: “You can think of genre and of superhero movies in general as a kind of amplifier for a small human story, which is kind of how we like to go into it. We want to tell these little stories about people.”

Markus and McFeely have written six Marvel Studios movies to date (three Captain America films, Thor: The Dark World, and the two most recent Avengers films) and earlier made their mark with The Chronicles of Narnia franchise. The duo’s films have collectively grossed about $9.3 billion in worldwide box office, a commercial success that’s unrivaled among script writers.

The writing team told the DGA Theater audience of Academy and guild voters that this year’s Avengers: Endgame was their most daunting undertaking. The Disney epic was the climatic installment of the first decade of Marvel Studios films — and an all-hands-on-deck affair.

“There’s 71 speaking parts in Endgame,” McFeely said. “So when we decided to take the job it gave us some pause because we knew it would be the biggest puzzle we’d have to face.”

Many of those characters have complex backstories and big-name actors playing the parts. That exerted a “democratic level of pressure,” Markus said, to “give everybody not equal time but equal quality in some ways.”