Continue to Deadline SKIP AD
You will be redirected back to your article in seconds
Skip to main content
April 30, 2019 1:54pm 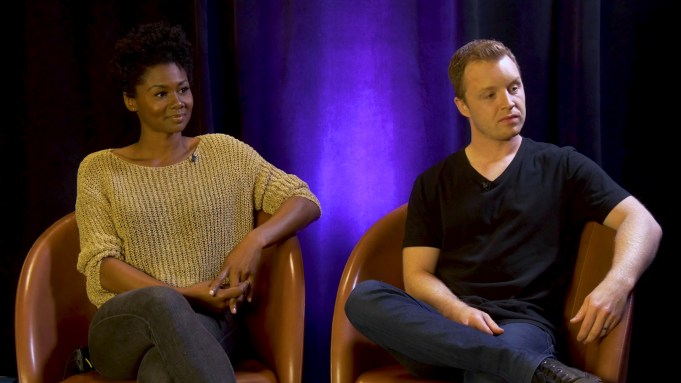 “When these kind of acts of violence do happen, it affects multiple people, multiple families,” Emayatzy Corineadli says of the fatal shooting of a black doctor by a white Chicago cop that fuels CBS’ new limited series The Red Line. “That’s what the show is trying to get to,” the actor adds on this week’s episode of Deadline’s Next Generation TV.

“When you’re watching characters and getting to know them it is almost a more experiential  understanding of it,” castmate Noel Fisher says of the series executive produced by Ava DuVernay and Greg Berlanti. “It’s an understanding that lives in your chest a little more and in your soul.”

Having debuted April 28 with the Victoria Mahoney-directed pilot, the eight-episode series takes on multiple perspectives on the shooting by the deeply conflicted Officer Paul Evans, played by Shameless alum Fisher. Those POVs range from the political to the personal and everything in between in the Windy City.

“She really does capture this zeitgeist of what’s happening,” Ballers and Middle of Nowhere vet Corineadli said of her Tia Young role on the Noah Wylie co-starring The Red Line. Tia, the birth mother of the doctor’s child, becomes politically motivated in reaction to the terrible loss. “You know you have the amount of women who have been elected to Congress, then you have someone like Lori Lightfoot,” the actor said of the 2018 midterms and Chicago’s new Mayor-elect. “They parallel each other in a lot of ways …because they are both these political outsiders.”

For more of our conversation, take a look at this week’s Next Gen TV with The Red Line actors, and join us every week this small-screen awards season for more.