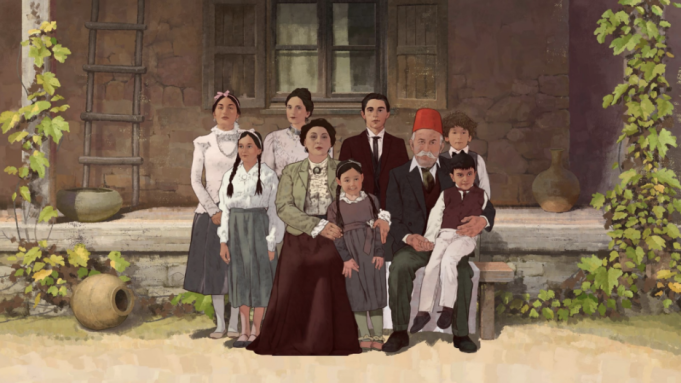 Inna Sahakyan’s film tells the extraordinary story of Aurora Mardiganian, who survived the Armenian genocide as a teenager, and later came to Hollywood where she starred in a 1919 silent film based on her account of the massacre that killed around 1 million Armenians.

“Starring as herself in Auction of Souls, an early Hollywood blockbuster, Aurora became the face of one of the largest charity campaigns in American history,” according to a description of the documentary. “With a blend of vivid animation, interviews with Aurora herself, and 18 minutes of surviving footage from her lost silent epic, Aurora’s Sunrise revives a forgotten story of survival.”

In a review out of Annecy, Cineuropa called the film “a heartbreaking tale of survival on two continents and a vivid re-examination of the Armenian genocide. Aurora Mardiganian, the titular protagonist… had, on the basis of what we see here, one of the most remarkable lives of any survivor…”

Aurora’s Sunrise is a co-production of Armenia, Lithuania and Germany. The filmmakers note, “The Zoryan Institute, non-profit and charity provided a crucial level of research and financial support in the making of this production and this film is based on its Oral History Archive.”

Watch the trailer for Aurora’s Sunrise above.