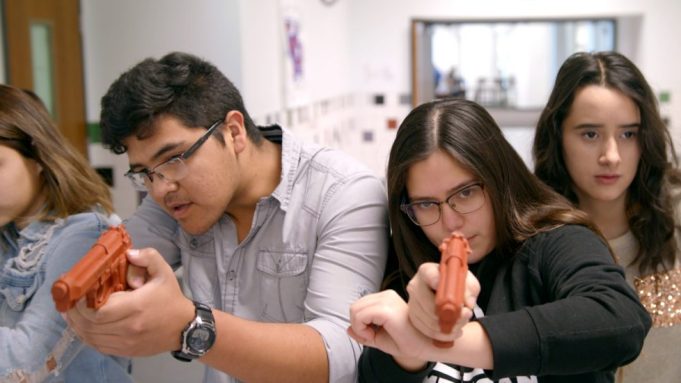 EXCLUSIVE: Some high schools have drama clubs. At others, after-school options for kids range from photography, to IT, to robotics clubs.

In Texas, they do things a little differently. Many schools, including Horizon High School in El Paso, offer a different kind of activity for students—criminal justice club. Perhaps it’s a nod to the romantic notions of law enforcement in the Lone Star State, known for its storied Texas Rangers, a badge-wearing band that dates back well over a century.

Director Maisie Crow took cameras inside the school to document the criminal justice club and several of its members for her timely film At the Ready. The feature documentary from Gravitas Ventures releases in theaters and on-demand platforms on October 22.

“We met these students, they all had different, compelling stories that they were all open to sharing,” Crow said when we spoke to her at the Sundance Film Festival earlier in the year, where At the Ready premiered. “We really wanted to look at the world through their eyes during this time and in this program.”

For some of the kids in the criminal justice program, joining the club leads to ethical dilemmas. Many of them are of Latino descent and some have relatives in Juárez, barely more than a stone’s throw away from El Paso on the other side of the U.S.-Mexico border. The students are learning skills—like how to arrest suspected undocumented immigrants—that might be used against people not so different from members of their own family.