The Film That Lit My Fuse: Emmys Host Cedric The Entertainer On The Transformative Power Of ‘Coming To America’
Read the full story
April 26, 2019 4:11pm 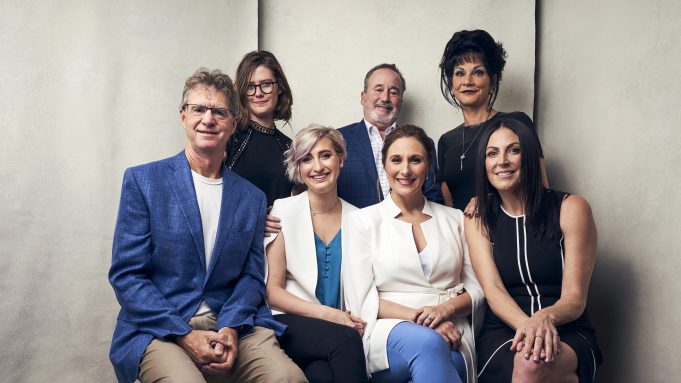 In order to cut to the core of sex abuse with At the Heart of Gold, Erin Lee Carr needed to prove herself an ally to those who had survived it. Elite athletes, these were women who had been rendered vulnerable by circumstance, and had lived out the worst moments of their lives in front of the entire world.

The subject at hand was the USA Gymnastics scandal of 2016, which saw hundreds of young athletes come forward with accusations against national team doctor Larry Nassar. After criminal proceedings, Nassar was sentenced to two consecutive sentences in prison, which will see him jailed for life. But by this point, the damage had been done. A painful period in recent American history, the scandal shed light on a monumental breach of trust, and unthinkable abuse that had been allowed to continue for decades.

One of some 250 survivors of traumatic experiences with Nassar, Amanda Thomashow joined Carr at Deadline’s Tribeca Studio to discuss the doc, and why Carr needed to earn her participation. “I just wanted to make sure that if our stories were being used, it was going to be used in a way that was going to empower other victims,” she explained, “and also hold enablers and predators accountable.”

For Thomashow, it was important to speak to the experience of survivors—specifically, the fact that being asked to discuss their trauma inevitably brings the experience of reliving it. “For me, it was specifically one appointment, just a couple hours of my life,” she said. “But every time I talk about it, I do go right back there.”

A fellow survivor, Trinea Gonczar saw the potential for good to come out of At the Heart of Gold, which could hold a mirror to their experiences, and prove “educational” for those who haven’t gone through it themselves. At the same time, she too was reluctant to revisit these events—particularly, the moment in Judge Aquilinas’ courtroom, when she confronted her abuser in front of a room of lookers-on. “Judge Aquilina’s courtroom was by far the scariest thing that’s ever happened to me in my life,” the athlete said, “and I’ve done lots of backflips on balance beams.”

For the Honorable Judge, who also appeared in studio, it’s tremendously important to allow survivors their moment in court—to give them a space to be heard. “It’s a way that survivors can have restitution. Not money, because money doesn’t make them whole, but saying, ‘You hurt me, and I’m mad, and this is what you did,’” she explained. “Taking a piece that was taken from them back is so powerful, and they really gave that back to each other and to the world by speaking.”

Like the Judge, Carr’s motivation was to give survivors a platform, and an opportunity to use their voice, so that others might heal and learn. Ultimately, “making the film was about really putting the women at the center of the story,” she said. “Letting them tell their own story, and letting it unfold.”

At the Heart of Gold: Inside the USA Gymnastics Scandal premieres on HBO on May 3. For more from our conversation with the women behind the doc, click above.