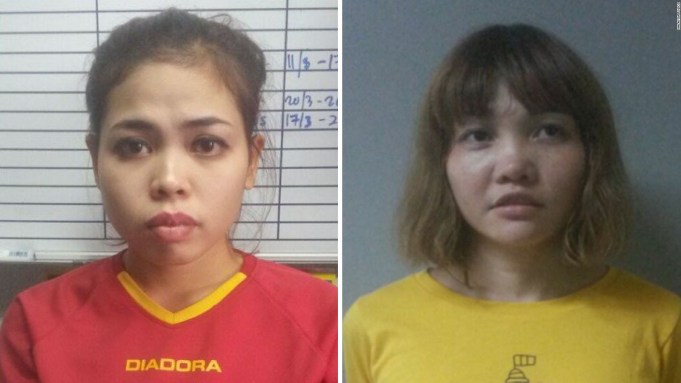 Greenwich Entertainment has unwrapped the first trailer for Assassins, Ryan White’s latest documentary that had its world premiere at this year’s Sundance Film Festival. The buzzy feature documentary is still aiming for a December 11 bow in theaters and virtual cinemas and headed on-demand January 15.

White, whose previous docs included Hulu’s Ask Dr. Ruth and HBO’s The Case Against 8, turns his lens this time on the brazen murder of Kim Jong-nam, the half-brother of North Korea’s leader Kim Jong-un, who was poisoned in broad daylight in the middle of the Kuala Lumpur International Airport in 2017. The act was caught on security cameras, showing two young women approaching Kim from behind, covering his eyes with their hands, and pressing VX—the most lethal nerve gas on earth—into his eyes. He died within the hour.

Hopping from Pyongyang to the Indonesia and Vietnam to the courtrooms of Kuala Lumpur, the doc focuses on the attack and two women accused of pulling it off, Siti Aishah and Doan Thi Huong, who claim they were only hired to pull a video prank and had no idea what they were really doing. They maintain their innocence even as they sit in prison facing execution, and White’s story locks onto the political subterfuge and nefarious plots that lurk in an effort to find out what really happened.

Check out the trailer above and the poster here.