Continue to Deadline SKIP AD
You will be redirected back to your article in seconds
Skip to main content
January 7, 2022 11:49am 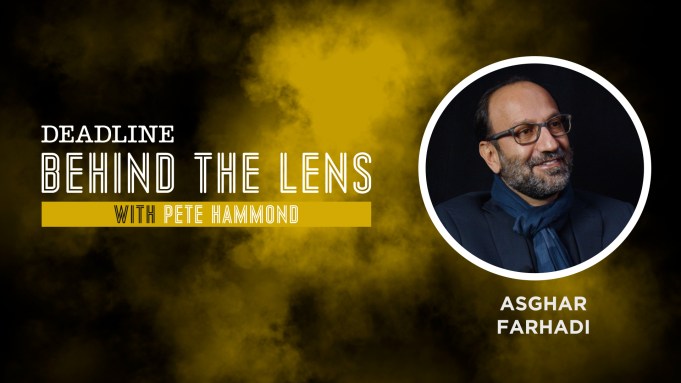 The wait is well worth it for fans of the filmmaker, whose remarkable career already includes not one but two wins for the Oscar Best Foreign Language Film (now called Best International Feature) — first for 2011’s A Separation, for which he also earned a Best Original Screenplay nomination, and again for 2016’s The Salesman. In between, he also found global success with the likes of The Past and Everybody Knows, the latter starring Penélope Cruz and Javier Bardem.

A Hero, which has been shortlisted for this year’s International Oscar, brings Farhadi back to Iran and the story of a prisoner named Rahim (Amir Jadidi) who has been incarcerated for an unpaid debt but is granted a two-day leave in which he tries to turn his life around. As always, Farhadi focuses on the human story even in a country engulfed in political turmoil. It is a hallmark of a master filmmaker and certainly he qualifies as that.

Farhadi (with an interpreter) joins me today for this week’s edition of my Deadline video series Behind the Lens, in which we talk about the importance of this film, why he chose to make it at this time, and other highlights of a career in full bloom including how he develops his stories, where his inspirations come from, and what those Oscar wins have meant for his ability to make the movies he wants to make.

To watch our conversation and go “behind the lens” with Farhadi, click on the video above, and join me every Friday during Oscar season for a new episode.