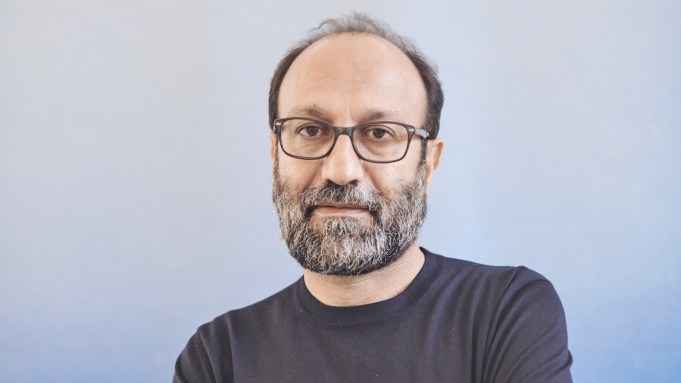 Asghar Farhadi took the Grand Prize at the Cannes Film Festival with his latest work, A Hero (Ghahreman), which has been hailed as his most subtle and heartfelt film since A Separation. We chatted with the Oscar-winner about the film in which a good deed goes bad (check out the video above).

The story centers on Rahim, a pleasant but somewhat hapless man who’s in prison in urban Iran for failing to pay a debt. Released for a two-day break, he meets his girlfriend who’s found a handbag containing gold coins. After plotting to sell them, but wrestling with his conscience, Rahim tries to find the owner and succeeds. When the prison chiefs find out, they’re shocked and thrilled, spinning the story for television. Rahim becomes a local hero, praised for handing in the bag despite his desperate circumstances. But he becomes entwined in a tangled web when the story goes wild on social media.

Although the story is set in Iran, it has universal resonance. Farhadi told us, “I don’t perceive being local and being universal as opposites… You can be extremely local and addressing only very specific local issues and being understandable and interesting for anyone from any other culture, as you can have very universal and general intentions and ambitions and not being understood by the closest person to you.”

Of his writing process, Farhadi explained, “My imaginary audience is myself. I ask myself as a viewer, ‘Would it make sense to me, at what moment would I get bored or feel emotional or happy?’ I really test my writing on myself as a viewer.”

In general, his ideas begin with “a very personal and emotional impulse. It’s only once I’m done with it that I go back to it and have a more rational approach… It’s curious when people say my writing is very carefully designed, it’s not my approach.”