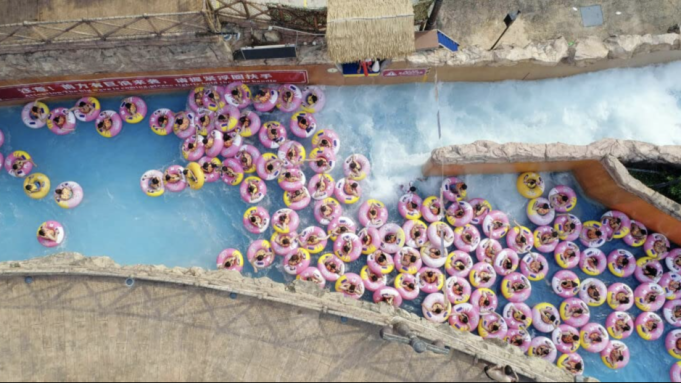 The documentary directed by Jessica Kingdon earned a Film Independent Spirit Award nomination today as Best Documentary, after snaring a Producers Guild Award nomination last week. Ascension competes in five categories at next month’s Cinema Eye Honors Awards, including Outstanding Nonfiction Feature, and among other accolades, claimed half a dozen Critics’ Choice Documentary Awards nominations and was named one of the top five nonfiction films of the year by the National Board of Review.

Kingdon has won praise for keenly observing contemporary China, ostensibly a class-less society, at least according to Communist orthodoxy. Ascension, through the use of subtle but telling imagery, demonstrates growing class stratification within China, with its abundant substrata of workers, a burgeoning middle class, while on top are perched the emerging rich.

“There were a few concepts that I was thinking about that all got put into this film,” Kingdon tells Deadline. “One of them is related to the paradox of progress where China–it used to be known as the world’s factory, now it has the largest consumer market in the world, competing neck and neck with U.S. And it’s happened in the past 35 years, very quickly.”

The New York-based director, who is Chinese-American, raises questions that many in China will soon be asking, if they haven’t begun to already.

“I’m looking at what does progress mean? What does progress look like?” she says. “Yes, millions of people have been lifted out of poverty, but at the same time, I think that there’s increased income inequality and different forms of repression and alienation.”

Ascension, from MTV Documentary Films, is currently streaming on Paramount+. Kingdon and fellow cinematographer Nathan Truesdell shot in numerous locations across China, including factories (one unforgettable sequence unspools in a place that manufactures sex dolls), and venues where the monied drop their Yuan on leisure activities.

Discerning viewers will realize the documentary relates to more than just China.

“I’m hoping for Western audiences to watch it,” Kingdon notes, “and instead of looking at it and saying, ‘Oh, China’s so strange and so different,’ to think about how it could reflect back on their own lives.”

The film unfolds without narration. But in this exclusive video above, Kingdon expands on some of the themes of her film.