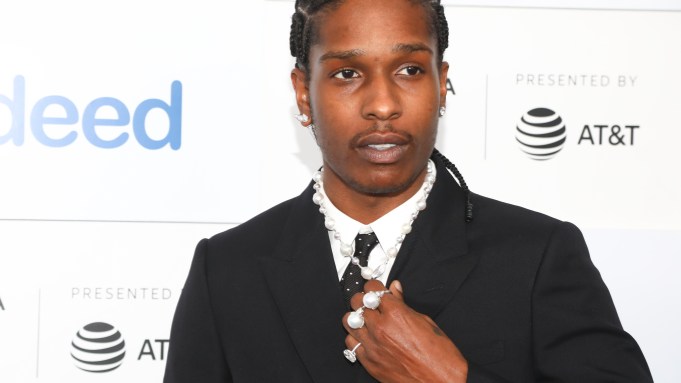 EXCLUSIVE: A documentary making its world premiere at the Tribeca Festival recounts one of the more unusual international incidents to unfold during Donald Trump’s presidential administration.

As the exclusive clip above shows, Stockholm Syndrome revisits the experience of Rakim Mayers, aka multi-platinum rapper A$AP Rocky. He was imprisoned in Sweden in 2019 after a violent altercation with a pair of local provocateurs. Trump, to the surprise of many, lobbied for A$AP Rocky and tweeted his support.

Prosecutors had recommended a six-month jail sentence for the rapper’s role in a street brawl. Two members of his entourage were also found guilty. A court in Stockholm gave him a suspended sentence, but he had already served a month in prison.

In the clip, Mayers recalls assuming that because he had financial resources, he could navigate his way past the episode, as he might have in the American justice system.

“When you find out they don’t have a bail system or plea bargain, it doesn’t matter how much money you throw,” he said. “That’s when you’re like, ‘Oh, this is some bulls–t. They’re going to make an example out of me.’ And that’s what they did.”

Directed by The Architects, the film blends archival footage with contemporary interviews, animation, and  live concert footage. In addition to the legal saga, the film also examines the distinctive style and heady rise of A$AP Rocky, who signed his first major-label deal a decade ago. It features interviews with Kim Kardashian, Naomi Campbell, Tyler The Creator, Michèle Lamy and A$AP Ferg.

The film, which is produced by Matthew Perniciaro and Michael Sherman and executive produced by Olive Hill Media, is part of the Juneteenth programming at Tribeca. The 20th annual edition of the festival will close this weekend.