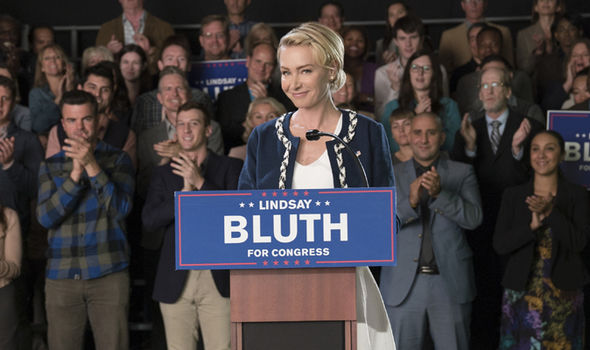 Putting aside the offscreen happenings of the Mitch Hurwitz-created sitcom as much as one can, I would suggest tonight’s Season 2 debut of History’s Six and the Season 3 two-night premiere of Queen Sugar on OWN on May 29 and 30 as a far better use of your precious TV time.

There’s a lot of flag flying and soul searching in the Navy SEAL team series created by William Broyles and David Broyles that’s back this Memorial Day. However, while I liked the homefront action that Six had in its first season, I really liked the shift in tone this year, from the episodes I’ve seen, as the team goes after the killers of their former colleague Rip, played by the great Walton Goggins. Things get highly geopolitical, very close to crossing some lines literally and figuratively, and, with Olivia Munn joining as a CIA operative, prove once again well worth checking out, as I say in my video review above.

Ava DuVernay and Oprah Winfrey’s all-female-directed Queen Sugar is back for another emotional and charged season that sees the rural Louisiana family drama led by Dawn-Lyen Gardner, Kofi Siriboe and Rutina Westley tear open a lot of scabs and spill some blood, figuratively at the very least.

Full of the harvested plots that have grown through past seasons, pay particular attention to Nicholas Ashe and Ethan Hutchison on QS this year. These two young men, who we’ve watched grow up on screen, are exceptional in Season 3 as teen Micah and 6-year old Blue and deliver truly arresting performances.

On the other hand, launching with eight episodes on Tuesday with more to follow down the line, the fifth season of Arrested Development is really best suited for hardcore fans of the 2004 Emmy winner.

Coming across more like a tribute band to the series itself and ditching the controversial experimentation of 2013’s Season 4, this second season of the comedy starrring Jason Bateman, Portia de Rossi, Will Arnett, Alia Shawkat, Tony Hale, Michael Cera, David Cross, Walter and Tambor on the streaming service is simply less original for a show that used to spark with cleverness. A sure giveaway is in the sheer heft of the narration that Ron Howard provides to just move things along, as I also say in my video review above.

Click on that video review to see more of my take on why the new Arrested Development is less than arresting and why the returns of Six and Queen Sugar are far sweeter experiences. Tell us what you think and what you’ll be watching.