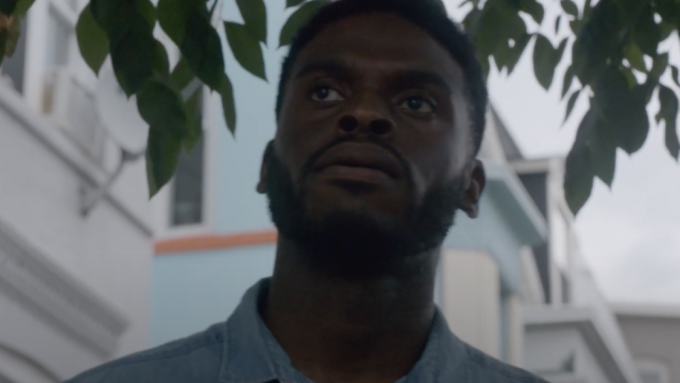 Ava DuVernay’s ARRAY Releasing has added yet another poignant film to its library of inclusive storytelling. The company announced today that it has acquired the award-winning drama Residue, directed, written, produced and edited by Merawi Gerima. ARRAY has also released the first trailer for the film which is set to debut on Netflix September 17 with a theatrical run in select cities throughout the month.

In the trailer for Residue we hear the words, “These white folks are painting over us like we never existed” — which is the essence of the film. The film follows aspiring filmmaker Jay (Obinna Nwachukwu) who returns to his neighborhood in Washington, DC only to find that it has been gentrified beyond recognition. Dealing with alienation from his friends, troubled by the disappearance of a loved one and unsure of his place in this new community, Jay confronts issues of identity, isolation and loss on a tumultuous personal journey. The film speaks to the landscape today as the trailer is bookended with a white man telling Jay that if he doesn’t turn his music down, he will call the cops.

The film marks the feature directorial debut of Gerima, who is the son of celebrated Ethiopian filmmaker Haile Gerima. Residue is an official selection of the 77th Venice International Film Festival’s Giornate degli Autori. It also won the Audience Award for Best Narrative Feature and earned Nwachukwu the Acting Award at Slamdance earlier this year.

“Merawi Gerima’s impressive directorial debut is a powerful and poetic reflection on topics that are both deeply personal and undeniably universal,” said ARRAY President Tilane Jones. “Merawi’s exploration of the impact of gentrification, underemployment and Black male identity conjures a timely interrogation of the social ills that plague Black communities nationwide.”

Residue is the fifth release of 2020 for ARRAY, which includes Stephanie Turner’s Justine, Simon Frederick’s They’ve Gotta Have Us, Numa Perrier’s Jezebel and the upcoming Lingua Franca from Isabel Sandoval.

The acquisition was negotiated by Gordon Bobb of Del, Shaw, Moonves, Tanaka, Finkelstein and Lezcano on behalf of ARRAY and Carol Contes of Contes Law Corporation on behalf of Gerima.