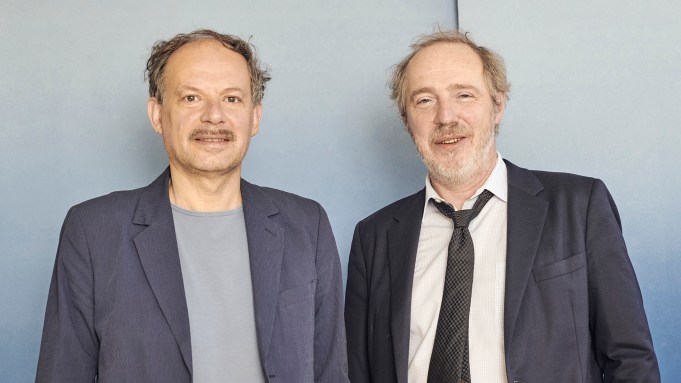 Veteran French director Arnaud Desplechin returned this year to the Cannes Film Festival with Deception (Tromperie), an adaptation of one of Philip Roth’s most openly personal novels. It details a string of affairs conducted by Jewish-American writer “Philip,” here played by French actor Denis Podalydes. Both stopped by Deadline’s Cannes Studio to discuss the film which ran in the Cannes Premiere section.

Desplechin shot the film after France’s first Covid lockdown, but wrote it during the confinement. “I wanted to adapt this book for decades, but never succeeded in the writing of it. But when we were locked in our apartments, I realized all the characters are sharing the same experience of being in closed spaces. There was something in common with what I was experiencing during the shutdown and what my characters were experiencing so the writing of it was so fast.”

Desplechin added that he’s not that familiar with doing adaptations, but he loved the dialogue between Jewish and non-Jewish characters, “I don’t know how come I fell that in love with the book, perhaps because of this topic which interests me so much,” he said.

There are many scenes of intimacy in the film which was made before the vaccine became available. Podalydes said it still “felt very safe… It was like a sanitary bubble and we were shooting in this beautiful house that worked like a laboratory and a resort house, we could have fun and we felt totally free in the middle of the lockdown.”

Check out more in the video above.