Continue to Deadline SKIP AD
You will be redirected back to your article in seconds
Skip to main content
February 25, 2021 8:10am 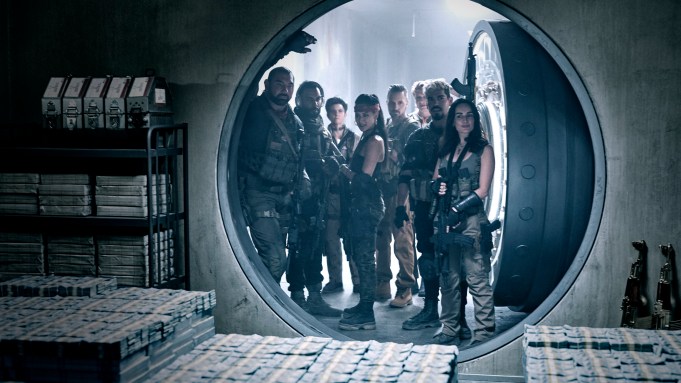 Netflix has dropped the teaser trailer for Army of the Dead, the Zack Snyder zombie movie that will bow on the streamer May 21. Dave Bautista, Ella Purnell, Omari Hardwick, Ana De La Reguera, Samantha Win, Colin Jones, Matthias Schweighöfer and Raúl Castillo make up the crew in the ensemble heist thriller, which follows a group of mercenaries who after a zombie outbreak in Las Vegas venture into the quarantine zone to pull off the biggest job ever attempted.

This is the other big pic this year from Snyder, who also has his four-hour Justice League directors cut coming March 18 on HBO Max.

For Army of the Dead, Netflix has already greenlit a prequel and spinoff anime series, The Army of the Dead: Lost Vegas, showing its cards about how it feels about the film. By the looks of the trailer it is epic in scope, revealing a post-invasion Las Vegas that looks both devastated and dangerous – like the anti-setting for a Snyder-ized Oceans Eleven.