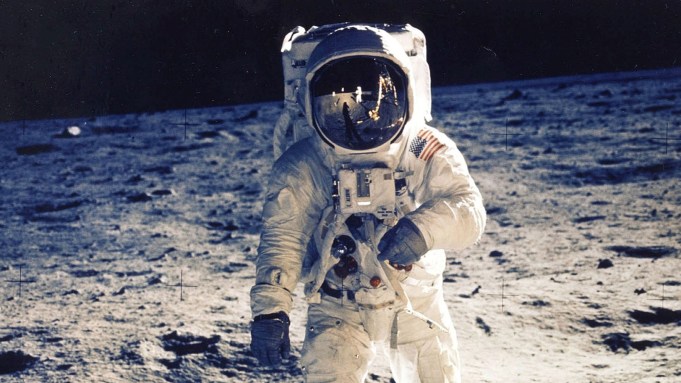 Armstrong, an evocative new documentary that features previously unseen home-movie footage Neil Armstrong’s family, Is set to launch in theaters and through on-demand platforms on July 12th, eight days before the 50th anniversary of the Apollo 11 lunar landing.

When Apollo 11 Commander Neil Armstrong stepped off the Lunar Module Eagle on July 20, 1969, he took “one small step for man, one giant leap for mankind.” The life that led up to that moment is chronicled in Armstrong, the new doc directed by David Fairehead and narrated by Harrison Ford.

Armstrong follows the life and times of an extraordinary figure in American history, recounting Armstrong’s near-death experiences both as a Navy fighter pilot in Korea (flying from the decks of the USS Essex aircraft carrier) and as a test pilot back on the home front (flying the X-15 and other experimental aircraft). The documentary also captures the intense drama of the Gemini 8 and Apollo 11 missions as well as dizzying challenges that followed in the turbulent wake of global fame.

The film was made with the cooperation of the Armstrong family, including sons Rick and Mark Armstrong. Armstrong’s life was also the focus of Damien Chazelle’s First Man (2018), which courted controversy, and earlier this year the doc Apollo 11 premiered to acclaim at Sundance. Their father, an aviator and aeronautical engineer, as born in Ohio in August 1930 and died in his native state in August 2012. In between he lived 82 year and loved life to the moon and back. “Mystery creates wonder,” Armstrong once said, “and wonder is the basis of man’s desire to understand.