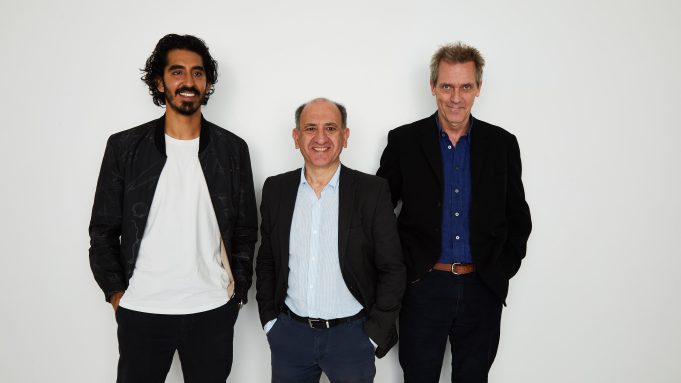 Veep creator Armando Iannucci returned to TIFF with his third feature—and a surprise for those expecting another of his irreverent, expletive-laden satires. Condensed but otherwise quite faithfully adapted from Charles Dickens’s classic 19th-centure novel David Copperfield, Iannucci’s film turned out to be entirely suitable for family audiences and even looks set to bring him his first ever PG rating. Nevertheless, it also bears all the hallmarks of the director’s offbeat and iconoclastic style, starting with his decision to cast British Asian actor Dev Patel as the lead character in one of Dickens’s most autobiographical works.

Stopping by the Deadline studio in Toronto, Iannucci explained that he wanted to rescue Dickens from the cobwebs of fusty prestige period movies. “He’s such a great writer,” Iannucci said, “and I’ve never seen a Dickens adaptation that has celebrated the language, the dialogue, and the comedy. Really, everything is too reverential.” Iannucci also stressed that the book is relevant for more than that eloquent wordplay.  “The book has such a contemporary resonance,” he added. “It’s all about status anxiety: ‘Will I succeed? Do people like me? Are my friends the right friends to have?’ and things like that. It’s such a personal, humane film, really, and it just spoke to me. Dickens writes so cinematically anyway, and as I was reading it, I thought, ‘This is the film I want to make.’”

The director revealed that Patel was his first choice from the outset. “David starts off awkward, and funny, and nervy,” he said, “and then as the film progresses, he becomes more mature, and becomes strong, and it was a matter of finding someone who could go from being kind of naïve and awkward to being strong and charismatic. I remember it was actually when I saw [2016 film] Lion [that I thought of him]. Because I’d seen Dev be funny and awkward. But when I watched Lion, I thought, ‘That’s David Copperfield. There’s David.’”

Although he was flattered by the attention, Patel had a confession to make. “I hadn’t read the book,” he laughed. “[But] I met Armando and was just so captivated by that first meeting—his passion, and the way he spoke about his vision—and when I got the script, [I was struck by] how playful it was… It felt so kinetic and alive, and I felt like I could really relate to so many of the characters. I was like, ‘God, I want a whole generation of people to watch this, and not miss out on this story like I did.’ That was the opportunity, really.”

To find out more, click on the video above.