Continue to Deadline SKIP AD
You will be redirected back to your article in seconds
Skip to main content
August 31, 2021 5:02am 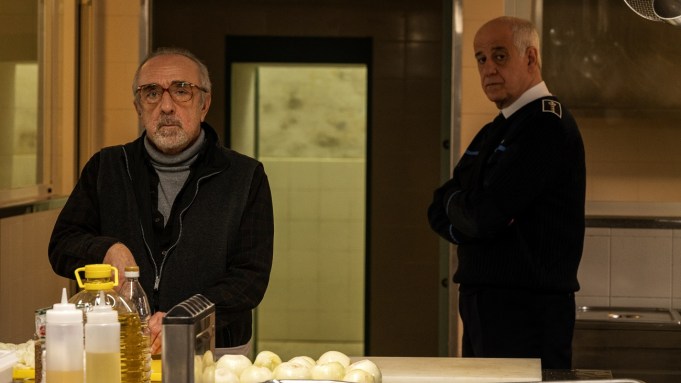 Toni Servillo (The Great Beauty) and Silvio Orlando (The Young Pope) star in the movie, which is set in an old prison in a remote and inaccessible area of Italy that is scheduled for closure. Due to bureaucratic mishaps, the transfer of inmates is blocked, and a dozen prisoners wait for their new destinations, watched over by a handful of guards. Their lives feel suspended, and the rules of separation between agents and convicts begin to fray as new relationships form among the remaining men.

Pic is produced by Carlo Cresto-Dina’s Tempesta and Michela Pini and Amel Soudani for Amka Films Productions, with Rai Cinema.