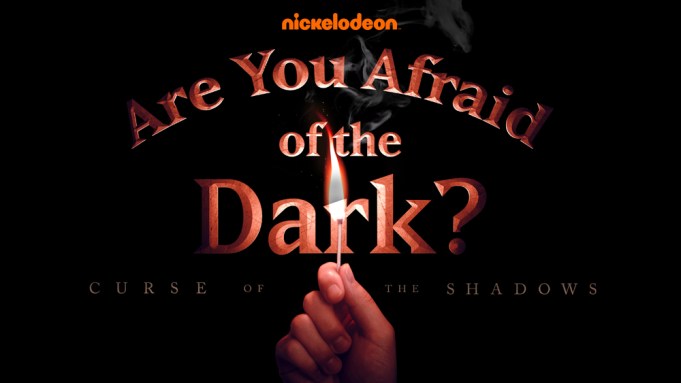 Gather around the campfire because Nickelodeon is about to tell us a scary story. The iconic kids’ network will premiere the second season of Are You Afraid of the Dark? Curse of the Shadows on February 12 at 8pm ET/PT with new episodes every Friday night. They also dropped the first trailer and released a new pic of the cast for the six-part limited series based on the ‘90s cult classic horror series.

Are You Afraid of the Dark? Curse of the Shadows follows an all-new Midnight Society group of kids who learn of the terrifying curse cast over their small seaside town, and are haunted by a mysterious creature known as the Shadowman. The newly released trailer introduces us to the new Midnight Society members and we get a glimpse at the horrors that await them in the shadows.

Are You Afraid of the Dark? is owned by DHX and was created by D.J. MacHale and Ned Kandel, who are also executive producers on the project.

Watch the trailer above and check out new photos of the cast below.