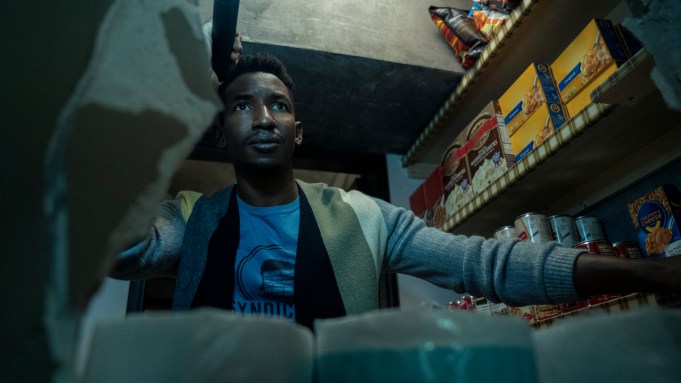 Written and executive produced by Rebecca Sonnenshine, who also serves as showrunner, Archive 81 follows archivist Dan Turner (Athie) who takes a mysterious job restoring a collection of damaged videotapes from 1994. He finds himself reconstructing the work of documentary filmmaker Melody Pendras (Shihabi) and her investigation into a dangerous cult. As Dan is drawn into Melody’s story, he becomes convinced he can save her from the terrifying end she met 25 years ago.

The trailer gives viewers a look into the secrets that go bump in the night and the haunting forces behind Melody’s mysterious fate. Archive 81 also features Martin Donovan, Matt McGorry, Julia Chan, Evan Jongikeit and Ariana Neal. The series makes its debut on Friday, Jan. 14.

The original Archive 81 podcast launched in 2018 and ran for three seasons. It describes itself as a fiction podcast about horror, cities, and the subconscious. Co-creators Marc Sollinger and Daniel Powell will serve as co-producers on the Netflix series.

Watch the full trailer above.