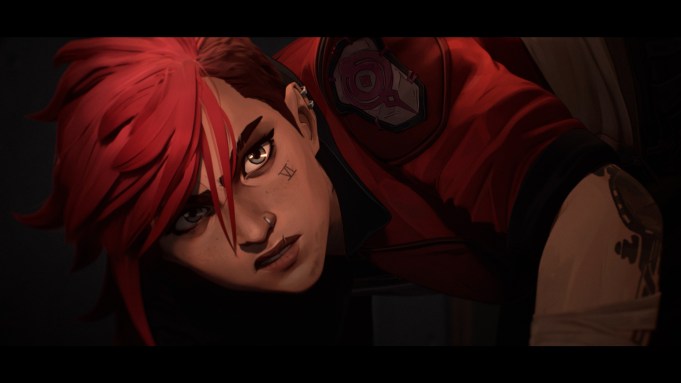 UPDATE: Netflix has unveiled the final trailer for its upcoming series Arcane, based on Riot Games’ popular League of Legends gaming franchise.

Unveiled during the 2021 Worlds Semi-Finals on Sunday, the latest look at the animated series both sees a world and house divided as several League of Legends champions pursue their purpose – either in the dark and grimy underbelly of Zaun or in the glimmering “City of Progress” Piltover.  The latest look shares glimpses at the origin stories of champions Jayce, Caitlyn, Jinx, Vi and more.

Arcane is set to debut on Netflix Saturday Nov. 6. Watch the final trailer above.

PREVIOUS SEPT. 25:Jinx, Vi and more of the beloved League of Legends characters will make their Netflix debut this fall.

Set in the utopian region of Piltover and the oppressed underground of Zaun, Arcane follows the origins of iconic League champions sisters Jinx and Vi, respectively voiced by Ella Purnell and Hailee Steinfeld, as they seek to reunite. Overcoming the world of Arcane is a dark power that brings on violence and chaos, and threatens to keep the sisters apart.

The upcoming animated series marks a first for Riot Games as the studios’ first foray into television. The series is developed and produced by Riot Games in partnership with Fortiche Productions. Through Riot Games’ deal with Tencent, Arcane will also premiere on Tencent Video in China.

Watch the full trailer below.