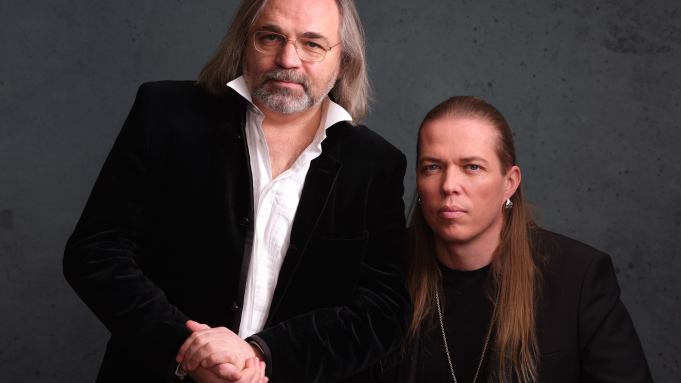 In the Sundance documentary Aquarela, director-writer Victor Kossakovsky puts nature’s biggest star in the spotlight: water. Kossakovsky stopped by Deadline’s Studio at Sundance along with the film’s composer Eicca Toppinen to talk about the film.

“Everybody is making films about issues and problems,” Kossakovsky tells Deadline. “People are talking about this problem and that problem.” He said that he asked himself what would be the good subject and immediately thought that water would be the perfect subject.

Filmed at 96 frames per second, Aquarela is a cinematic journey through the transformative beauty and raw power of water. The docu looks at the frozen waters of Russia’s Lake Baikal, the impact of Hurricane Irma in Miami and Venezuela’s mighty Angel Falls.

“It’s always changing phases,” he points out, saying that it can change colors and be “beautiful” one minute and “horrible” the next.

Kossakovsky reached out to composer Toppinen, who is a cellist for heavy metal band Apocalyptica, to do the score. The documentarian already used some of his music in parts of the docu, but when Toppinen started creating music Kossakovsky insisted he “be more brutal.” He told the musician to “go crazy.”