Continue to Deadline SKIP AD
You will be redirected back to your article in seconds
Skip to main content
February 19, 2021 9:30am 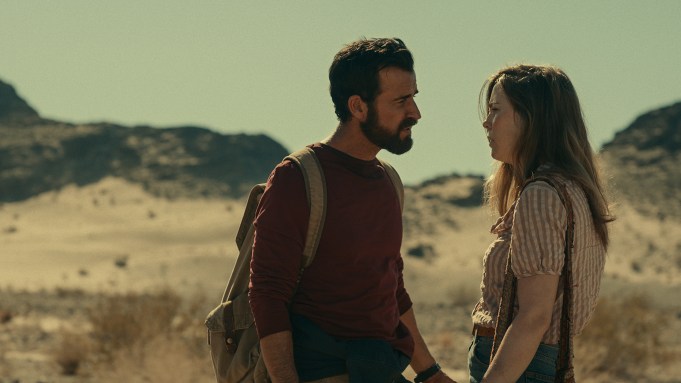 Peter Weir’s 1986 two-time Golden Globe-nominated movie The Mosquito Coast followed Harrison Ford as a genius madman with his family in Central America, where he looks to build utopia with his ice machine while rejecting their U.S. culture of consumerism.

Apple TV’s new drama series, which stars the source material author Paul Theroux’s nephew Justin Theroux in the lead role of Allie Fox, takes a different angle: He’s on the run from the U.S. government, uprooting his family and fleeing to Mexico. As you can see in the new trailer that dropped during TCA, Fox is a still a guy who’s obsessed, and still an inventor. Watch it above.

The first two episodes will stream on April 30 worldwide followed by new episodes each Friday.

“I have a long history with the novel in that I read it as a kid,” said Theroux, “and this was one of those happy accidents where the stars aligned for me to do it.”

“This is Allie seen through a different prism,” adds the actor about what drew him to the series which is billed as a prequel to the Weir movie, “you’ll see the evolution of this character is subsequent episodes. I responded to the few initial scripts.”

In prepping for the role Justin Theroux had conversations with Uncle Paul, the character of Fox loosely based on the former’s grandfather on his nimbleness.

“He is not a man who spouses any specific philosophy. Allie would reject to seeing himself being portrayed in a high school play or even AppleTV,” says creator Cross when asked how Fox’s anti-commercialism philosophy would consider an AppleTV series being made about himself.

The series is from novelist and creator Neil Cross based on Theroux’s bestseller, which is celebrating its 40th anniversary this year.