Continue to Deadline SKIP AD
You will be redirected back to your article in seconds
Skip to main content
June 12, 2019 10:30am
4Comments 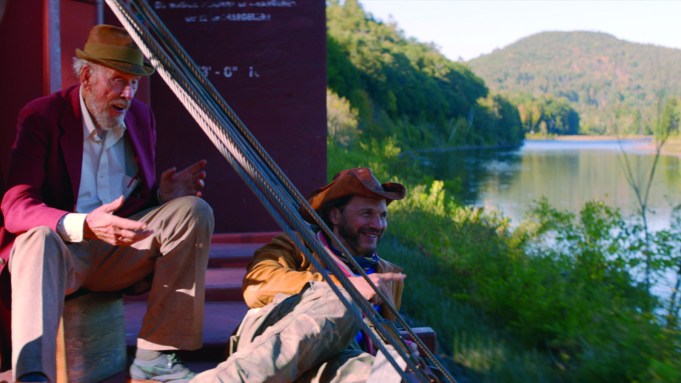 EXCLUSIVE: This year’s Los Angeles Dances With Films Festival will open with the Michael Worth-directed indie feature Apple Seed, which marks the final film of Rance Howard, father of director Ron Howard. The 22nd annual Dances With Films Festival kicks off June 13 and continues through June 23 with Apple Seed making its West Coast Premiere June 13 at the Chinese Theatres in Hollywood.

Written, directed and starring Worth, Apple Seed will feature the late Rance Howard (Nebraska, Small Soldiers, Universal Soldier) in his first leading role as well as his and his real-life son Clint Howard (Apollo 13, The Waterboy). The pair play father and son in the film. The story follows Prince Mccoy (Worth) who is on a cross country road trip to rob his home town bank. While on this trip, he finds himself having to rely on the help of an ex-convict hitchhiker named Carl Robbins (Rance Howard). Along the way, the people they meet and the friendships they build begin to heal the ghosts of their pasts. However, they both have one final crossroad to face in the small town of Apple Seed. Adrienne Barbeau (Escape From New York, Argo, The Fog), Esther Anderson (The Three Dumas, Siberia) and Robby Benson (Beauty and The Beast, One To One, Ode To Billy Joe) also star.