Continue to Deadline SKIP AD
You will be redirected back to your article in seconds
Skip to main content
June 8, 2021 7:00am
4Comments 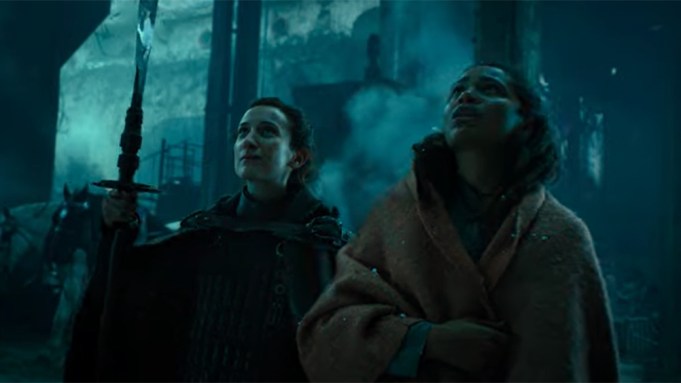 Apple has dropped a trailer featuring a sneak peek at its new original series and films premiering on Apple TV+.

In the clip, we get quick glimpses of anticipated upcoming Apple Original series including Foundation, based on Isaac Asimov’s sci-fi classic; Invasion, Simon Kinberg and David Weil’s alien invasion series; The Shrink Next Door, based on the podcast, from Will Ferrell and Paul Rudd; Schmigadoon! musical comedy series starring Cecily Strong and Keegan-Michael Key and Joseph Gordon Levitt’s Mr. Corman schoolteacher series, as well as upcoming Apple Original Film CODA and sophomore seasons of The Morning Show, Ted Lasso, See and Truth Be Told, among others. All are set to premiere in 2021, beginning this summer.

The trailer also showcases kids and family series on Apple TV+. including new series Wolfboy and the Everything Factory and Puppy Place, and more episodes of Doug Unplugs.

Additionally, the trailer introduces a slightly tweaked version of the streamer’s tagline, “Only Apple Originals”, which takes on a whole new meaning following the Amazon-MGM deal, leaving Apple TV+ as the only major streamer without a deep library of acquired content.