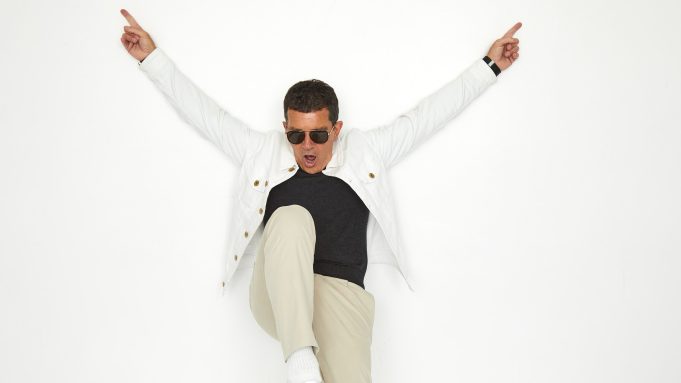 It’s been a wild year for Antonio Banderas, still riding high on the Cannes hit Pain and Glory, which brought him the Best Actor award at the French festival and was subsequently chosen, not altogether unsurprisingly, as Spain’s submission in the Academy’s foreign-language category. A strongly autobiographical work by Pedro Almodóvar, one of the world’s leading arthouse directors, Pain and Glory see Banderas playing Salvador Mallo, a famous Spanish arthouse director who has fallen into the creative doldrums.

When Almodóvar called, Banderas was intrigued from the outset. “He talked to me on the phone,” Banderas recalled when he stopped by the Deadline Studio, “and he said that he was going to send me a script, and that I was going to find a lot of references in it to [an era] I knew and people I knew. I said, ‘Fantastic.’ I mean, every time Pedro Almodóvar calls, that’s great for me. Then I read the script and I was surprised, I’ve got to tell you. Even if I’ve had a relationship with Pedro for decades now—almost four decades—he’s a very private person, and during our friendship, I never crossed those boundaries. So there [are] a number of things that I didn’t know about him, and when I found them in the script I thought, ‘Oh my God. He’s trying to make a confession, and at the same time come to terms with many issues and people, and close certain circles that were left open behind him.’”

Immediately, the whole film snapped into focus. “The whole movie became, in my eyes, about reconciliation, and I found that very interesting. And immediately after that I panicked, because I realized that I was kind of playing him. So I called him, and I said, ‘I love this. How are we going to do this?’ [Because] I knew that I had to descend to a completely different territory and start from scratch—I had to forget to use tools that I’d used before, and try just to start from zero. I know that sounds very weird, but it’s true. To create this character, metaphorically, I had to kill Antonio Banderas, or the image people have of me.”

For more from Banderas, please click on the video.