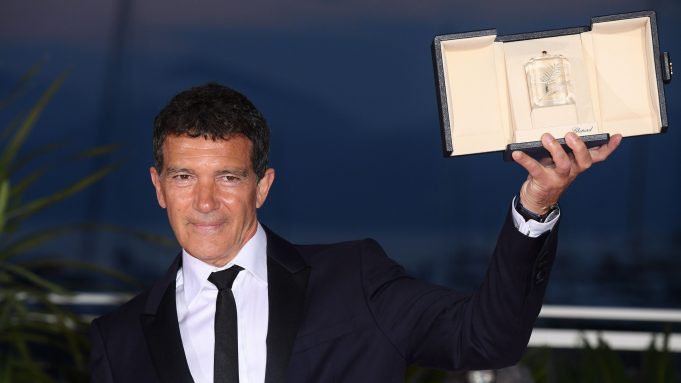 Although Pedro Almodóvar is considered a fixture in the Cannes competition, he’s only ever won the main prize once, with 2006’s Volver. Indeed, after 1999’s Cannes hit All About My Mother was pipped at the very last minute by the Dardenne brothers’ Rosetta, the director briefly followed Woody Allen’s example by insisting his work play at the festival out of competition. Although his oeuvre has been strong ever since, none of his post-Volver output has attracted as much Palme d’Or talk as this year’s entry, the highly personal Pain and Glory, in which his longtime collaborator Antonio Banderas plays Salvador Mallo, a famous Spanish film director whose career has been brought to a halt by ill health.

When he visited the Deadline studio, Best Actor prize-winner Banderas confirmed that the film reveals much about the director, and explained the reasoning as to why he was cast. “There are things [in the film] that we [experienced] together during all these years—decades—and so I suppose he thought, ‘Antonio knows better than anybody what I’m talking about, and he knows me better than anybody.’ And because the character Salvador Mallo is an alter ego of him, kind of autobiographic in a way, I think he thought that way.”

Asked why the film struck such a chord with festivalgoers this year, Banderas had a theory of his own. “We all travel through life with a lot of pain and glory in our backpack,” he mused. “The movie relates to many people. And that is one of the reasons that I think the movie connects emotionally very strongly with people all around the world, even if the movie is very personal [to Pedro].”

To find out more about Pain and Glory, click above.