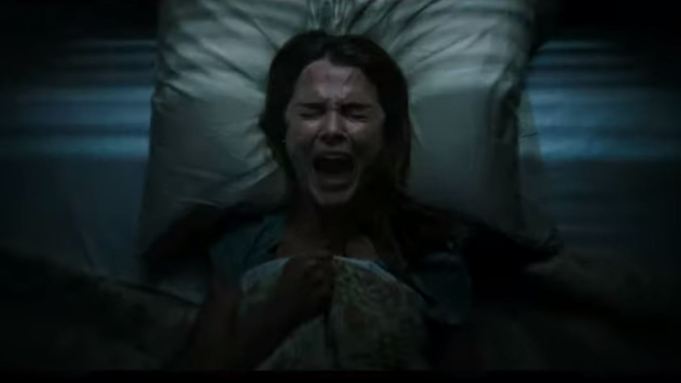 The first trailer for director Scott Cooper’s Antlers sees a young boy reading his school assignment aloud as his teacher becomes increasingly more concened by its disturbing subject matter. Judging by what we see, that’s a fair assessment on her part.

The clip is filled with unsettling images — blood trails, screaming, carving — much of it shown in quick cuts. Keri Russell stars as a small-town Oregon teacher who discovers, along with her brother (Jesse Plemons), the local sheriff, that a young student (Jeremy T. Thomas) is harboring a dangerous secret with frightening consequences.

Take a look at the trailer above and the key art below, and tell us what you think.