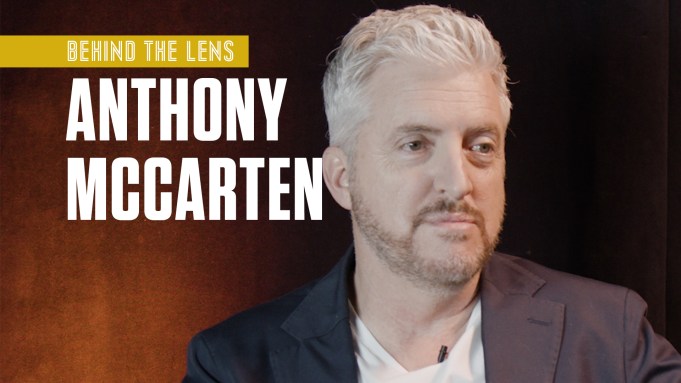 Screenwriter Anthony McCarten has become a bit of a Best Picture creator of late. Three of his previous films — The Theory of Everything, Darkest Hour and Bohemian Rhapsody — not only all won multiple Oscars, they were all nominated for the Best Picture Academy Award. It seems hardly an awards season goes by without a McCarten movie in the thick of it, and that goes for his latest, The Two Popes. It already has been nominated for four Golden Globes including Best Motion Picture – Drama and Best Screenplay for McCarten, along with acting nominations for its stars Jonathan Pryce and Anthony Hopkins.

Like the other films mentioned, all are based on real people, which suits McCarten just fine whether he is writing speeches for Winston Churchill, telling the life story of Stephen Hawking, creating dialogue for Freddie Mercury, or, in the case of Popes, inventing dialogue for their meetings, the content of them never publicly revealed. For McCarten these conversations are like the art of being a ventriloquist, but everything is based on extensive research and past writings, so we can rest assured what we are getting is as close to the real thing as imaginable.

When he visited our Deadline studios recently for today’s episode of my video series Behind the Lens, we discussed the various aspects that go into what he calls the invisible art of the writer, and why he isn’t aiming to direct any of them including upcoming projects of real-life musical figures  John Lennon and Yoko Ono, and The Bee Gees.

He also says The Two Popes is not just about one religion, and in fact relays the story of a man who recently told him he thinks it is actually a very Jewish movie in many ways. McCarten kiddingly calls it “two old men in frocks talking about God,” but he mentions it is very much of these times in showing the importance of rediscovering the middle ground if we are ever going to survive. The film just hit Netflix streaming today and remains in theaters as well.