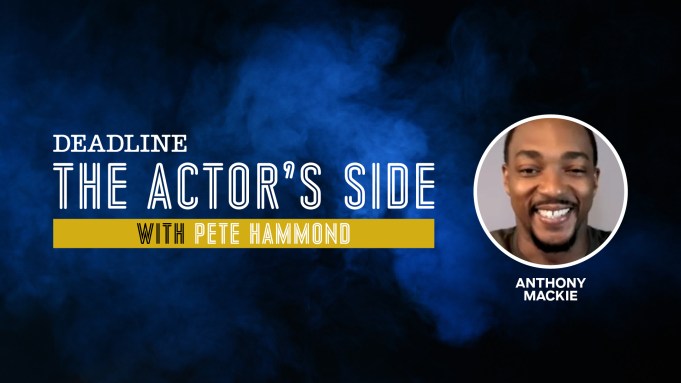 He’s had an enviable run — from his very first movie role as Papa Doc in the Eminem film 8 Mile to significant roles in Best Picture winners Million Dollar Baby and The Hurt Locker to career highlights such as playing Martin Luther King Jr. in HBO’s All the Way, Tupac Shakur in Notorious, Hakim Jamal in Seberg, King in The Hate U Give, as well as such acclaimed roles in Detroit, Black or White and as Bernard Garrett in the recent Image Award winner The Banker. Oh, and of course he is a significant player in the Marvel Universe, appearing as Sam Wilson/Falcon in the Captain America and Avengers movies and most recently in the hit Disney+ series The Falcon and the Winter Soldier opposite Sebastian Stan.

And now, following in the footsteps of Chris Evans, he has been named as the new Captain America, a truly groundbreaking moment in becoming the first Black actor to take that mantle. In addition to the series, Mackie also can be seen this Emmy season in an episode of Amazon’s Solos, in one of his most challenging roles. To say the least, it has been quite a ride for Mackie, and we talk about it all — from his earliest days at Julliard and on stage in numerous plays (one of them brought him an Obie Award in 2002) to his variety of fine performances in movies and TV to what his ascension in the Marvel world means to him. It is all in this week’s edition of my Deadline video series The Actor’s Side, and it is quite a lively and revealing conversation.

Check out our edited version above to get the “actor’s side” of it from Anthony Mackie, or better yet just watch our full, uncut discussion here: