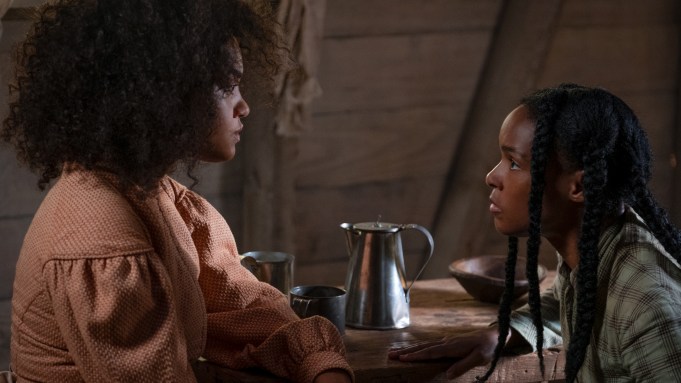 “Wherever you were before, that’s over.”

Here is the first full trailer for Antebellum, the mystery thriller from Lionsgate starring Janelle Monáe. Plot details are scarce, but the trailer jumps from the present to the 19th century South. Here is the official logline: Successful author Veronica Henley (Monáe) finds herself trapped in a horrifying reality and must uncover the mind-bending mystery before it’s too late.

First-time feature writer-directors Gerard Bush and Christoper Renz, who helmed Jay-Z’s politically charged music video “Kill Jay-Z,” are behind Antebellum. The pic was was produced by QC Entertainment (Us, Get Out).

Antebellum originally was set for release on April 24, but the coronavirus pandemic thwarted that.  For now, the film is set to hit theaters on August 21. Check out the trailer above and the key art below.