Kenya Barris In Talks With ViacomCBS To Partner In New Studio, Eyes Exit From Netflix Deal
Read the full story
November 21, 2019 10:48am
3Comments 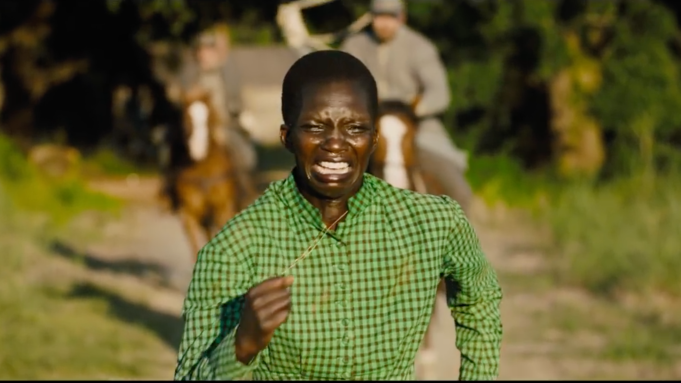 After months of project secrecy, Lionsgate has just released a teaser trailer for Janelle Monáe’s upcoming screen project: Antebellum, an eerie thriller rooted in the Deep South and chained to the region’s plantation past.

Details are scant but the single-sentence synopsis describes Monáe character as “successful author Veronica Henley, who finds herself trapped in a horrifying reality and must uncover the mind-bending mystery before it’s too late.”

The teaser suggests that mind-bending mystery involves a plantation and some supernatural connection that links its preserved present-day finery and its ominous 19th century history of slave exploitation and violence.

Deadline exclusively reported the existence of the project in March and filming got underway the following month. The project marks the feature film directorial debut for the Bush + Renz tandem. The producers of Antebellum are Gerard Bush, Christopher Renz, Raymond Mansfield, Sean McKittrick, Zev Foreman, and Lezlie Wills.

Monáe, the Grammy-nominated singer-songwriter, is already having a big year. The Moonlight actress plays Peg in the just-arrived Disney+ live-action version of Lady and the Tramp and stars in Focus Features’ Harriet. She is also playing Dorothy Pitman Hughes in The Glorias: A Life on the Road and has a lead role in upcoming animated project Ugly Dolls.