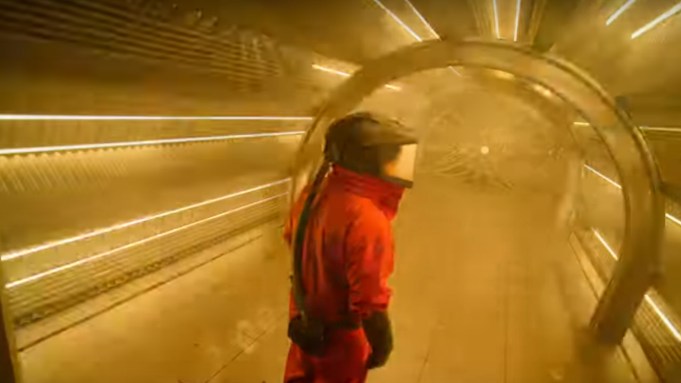 Netflix has released the first teaser and key art (see below) for Another Life, the sci-fi drama series from Alias Grace producer Halfire Entertainment.

“I’m scared. And I am not just scared to go back into space. I am scared that this mission is gonna fail. What do we do then?” asks Katee Sackhoff’s Niko Breckinridge character at the opening of the trailer.

From creator/showrunner Aaron Martin and producer Noreen Halpern, Another Life stars Battlestar Galactica alumna Sackhoff as astronaut Niko Breckinridge, who is on a mission in search of alien intelligence. With her young crew she faces unimaginable danger while exploring the genesis of an alien artifact, and then must battle to return home.

The 10-episode first season of Another Life premieres Thursday, July 25, on Netflix.

Watch the teaser above, and here’s the poster: