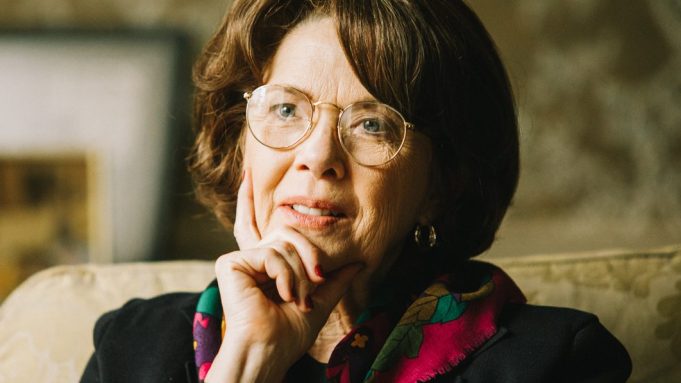 At last night’s AwardsLine Screening Series event for The Report, Annette Bening, who plays Senator Dianne Feinstein in Scott Z. Burns’ movie, pointed to recent headlines about the whistleblower who raised concerns about the Trump White House’s communication with a foreign leader as emblematic of the need for The Report’s narrative retelling of the investigation into the use of torture by the CIA post-9/11. “I’ve been watching the news, and there’s another whistleblower story about Trump coming out,” she told the audience at the Landmark Theater in Los Angeles last night. “It made me think again about the film, and how it’s this deep dive into this one moment in our recent history, where a group of intelligence officials who were under enormous pressure decided to break the law.

“You know, there’s a lot of people that know about things that are going wrong and they don’t say anything, and then it takes people to step up.”

Bening was joined on the panel by Burns, producer Jennifer Fox, costume designer Susan Lyall, and Daniel J. Jones, the former Intelligence Select Committee investigator who had been responsible for producing the so-called Torture Report into the misuse of ‘Enhanced Interrogation Techniques’ on terror suspect detainees. He is played in the movie by Adam Driver.

Said Jones: “The long arc of the moral universe bends towards justice, and I think it just takes a lot of people to push it in that direction. To add onto what Annette was saying, this is one of those moments: If you don’t stand up now, when do you stand up? There are a lot of people standing up, and we just need to support them, and we all need to stand up.”

The full, non-redacted text of the report has yet to be released, though Jones said he felt, in time, it would be. But Burns encouraged the audience to read the redacted 525 page summary. “It’s pretty harrowing, but I think it’s important that we understand what went on and why,” he said. In distilling the film, Burns focussed on a handful of key detainees, and interviewed senators and staff to deliver a gripping conspiracy thriller that nevertheless, Jones insists, captures accurately his seven-year odyssey to publish the report.

“It’s a bit of a civics lesson,” Burns noted of the resulting movie. “How do you get this s–t out in the world?”

Watch more from the panel in the video above.