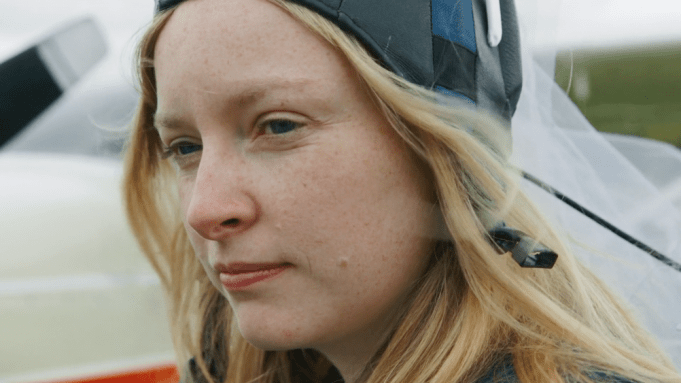 EXCLUSIVE: In Kazik Radwanski’s (Tower) new drama Anne at 13,000 Ft., Deragh Campbell (I Used to be Darker) plays the titular character who, as seen in the clip, lives an ordinary life as a single daycare worker in Toronto. But as we watch the clip cut between her everyday life and her skydiving experience, there seems to be something bubbling underneath her ordinary lifestyle.

Written and directed by Radwanski, Anne at 13,000 Ft will make its world premiere at the Toronto International Film Festival. The volatile drama follows Anne as the aforementioned skydiving drip for her best friend Sara’s bachelorette party shifts her view on life — probably not in the best way. She starts to bring a care-free joyfulness to her conservative job, the effects of which spill over into her personal life. At Sara’s wedding, Anne meets Matt (Matt Johnson, Operation Avalanche) who takes to her offbeat, confrontational charms, but she soon finds herself pushing the limits of what’s socially acceptable.

Anne at 13,000 Ft. is a collaboration between Radwanski and Toronto’s acclaimed MDFF filmmaking collaborative. The film is produced by Radwanski and Daniel Montgomery. Executive Producers are Nathan Silver and C. Mason Wells. Watch the clip above and check out the poster below.