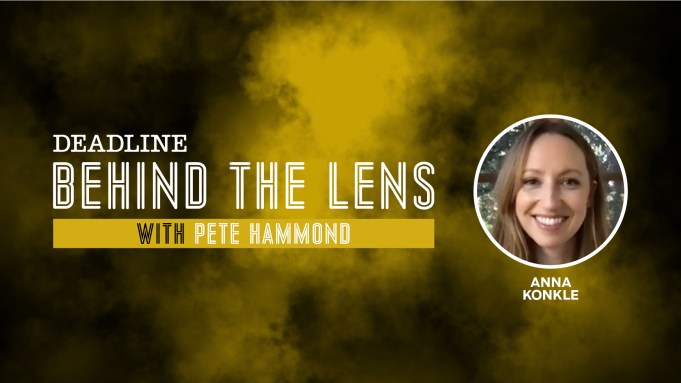 Right out of the gate, the Hulu series Pen15 made noise, and not just for its title. The show was created by Anna Konkle, her best friend and writing and acting partner Maya Erskine and Sam Zviberman, who directs most of the episodes. Konkle and Erskine, who met in a theater class in Amsterdam, play 13-year-old versions of themselves even though both are actually in their mid-30s now and, coincidentally, both new mothers.

The middle school-set series immediately drew critical acclaim and pulled off the impressive feat of a writing Emmy nomination for its writer/stars. It also has received consecutive Critics Choice and Writers Guild nominations for both of its seasons and now has strong renewed buzz to make an even greater impact at the Emmys in Season 2. Not bad for Konkle, who before Pen15 was best known for her role of Tara Milly “TMI” Izikoff in the Fox police procedural, Rosewood which ran on the network from 2015-17.

She joins me for this week’s edition of my Deadline video series Behind the Lens, in which she delivers all the secrets of pulling off such an audacious concept, playing her 13-year-old self (she’s really 34), the process of producing a comedy series with her BFF, the challenge of running a writers room, the landmines involved in doing sensitive scenes opposite actual 13-year-olds (the rest of the cast is age accurate), the camera tricks imposed during love scenes, why Season 2 has taken the idea to darker places and more complex storylines and how doing this series has given her a whole new perspective on life as she looks through a lens 20 years later. Oh, and how did they come up with that title? To watch our conversation and to go “behind the lens” with Anna Konkle just click on the link above.

Check out a special Monday edition of Behind the Lens with Fargo’s Noah Hawley on June 14, and join me every Friday during Emmy season for new episodes.