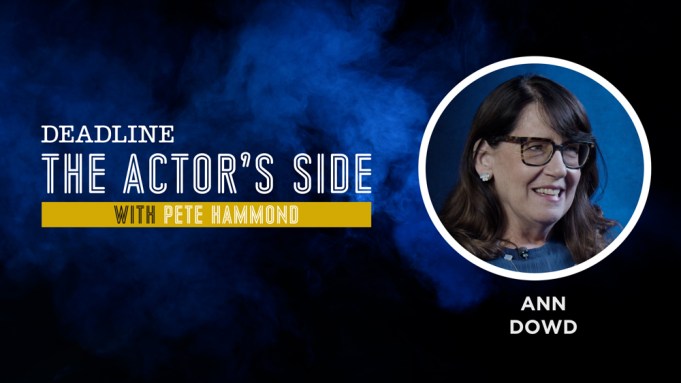 An actor’s actor if ever there was one, Ann Dowd is a multi-award winning star who took an Emmy and several nominations for her memorable role as Aunt Lydia in The Handmaid’s Tale, plus another nomination for her role in The Leftovers. She also received the National Board of Review Best Supporting Actress honor and Indie Spirit nomination plus numerous other kudos for the extraordinary 2012 thriller Compliance. In a wide-ranging 30 year+ career, her other roles include turns in Philadelphia, The Manchurian Candidate remake, St. Vincent, Hereditary, Garden State, Flags Of Our Fathers, Our Brand Is Crisis, Captain Fantastic and many more. Her current heartbreaking performance in the gut-wrenching drama Mass is bringing her more recognition with awards from several critics groups, and a Best Supporting Actress nomination for the Critics Choice Awards. Along with the brilliant cast, including Reid Birney, Martha Plimpton, and Jason Isaacs, she is also recipient of the Indie Spirit Awards’ Robert Altman Award for outstanding acting ensembles. In Mass she plays Linda, mother of the boy who instigated a tragic school shooting six years earlier. After all this time and all this grief she and her husband agree to meet the parents of a victim of her son’s actions and try to come to an understanding  and resolution after all this time has passed. Mass, written and directed by Fran Kranz, provides the vehicle for some of 2021’s finest acting and represents a career highpoint for Dowd. She joins me this week for my Deadline video series, The Actor’s Side where this journeyman performer gives us her ‘actor’s side’ of it all. To watch our conversation just click on the link above.

Join me every Wednesday during Oscar season for another edition of The Actor’s Side.