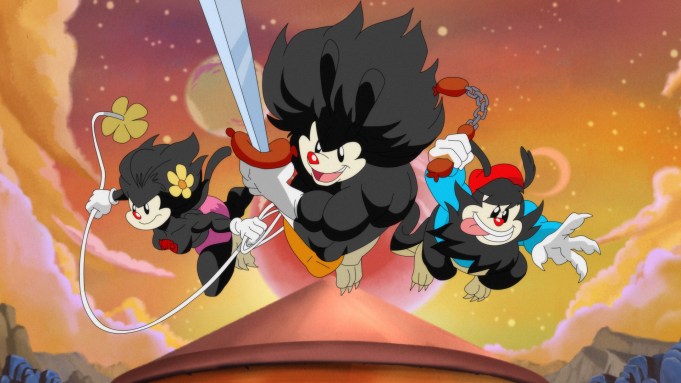 Yakko, Wakko, and Dot are back for more action-packed fun in Season 2 of Hulu’s Animaniacs and a teaser released at New York Comic Con on Sunday reveals how the Warner siblings will lean into a popular decade from the past.

The video shows the beefed-up characters as they transform into their own version of the ThunderCats now dubbed ’80s Cats for the parody. They’re also set to satirize the Transformers and G.I. Joe this season.

The show follows Yakko, Wakko, and Dot as they wreak havoc and mayhem in the lives of everyone they meet.

After returning to their beloved home, the Warner Bros. Water Tower, the Animaniacs waste no time in causing chaos and comic confusion as they run loose through the studio and beyond, turning the world into their personal playground. Joining the trio of siblings are fan-favorite characters Pinky and the Brain who will also return to continue their quest for world domination.