Continue to Deadline SKIP AD
You will be redirected back to your article in seconds
Skip to main content
October 11, 2020 1:27pm
2Comments 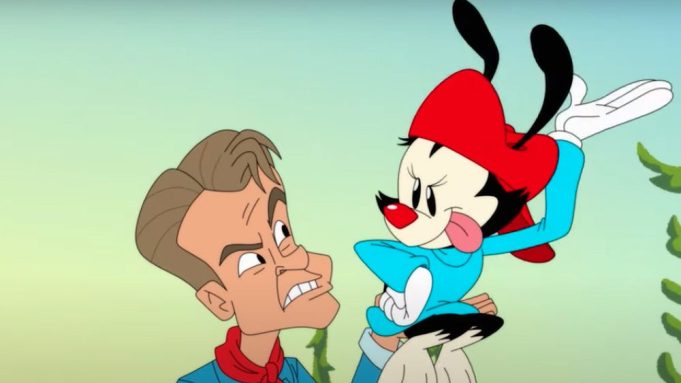 Welcome to…Animaniacs! During New York Comic-Con, Hulu dropped an a clip at the reboot of the animated series co-produced by Amblin TV and Warner Bros. Animation — with a Jurassic Park twist.

From the jump, the clip is a spoof of Jurassic Park featuring animated versions of Sam Neill’s Dr. Alan Grant
Laura Dern’s Dr. Ellie Sattler, Jeff Goldblum’s Dr. Ian Malcolm as well as Steven Spielberg, who is returning as executive producer of the series. The familiar theme of the 1993 dinosaur pic plays as Dr. Grant and Dr. Sattler are wildly excited about how Spielberg has re-animated Yakko, Wakko and Dot (as well as the return of Pinky and the Brain) of the original Peabody and Emmy-winning series to bring back to Hulu on November 20.

Wellesley Wild (Family Guy, Ted, Ted 2) will serve as showrunner of Animaniacs, which received a two-season straight-to-series order at Hulu. The series is co-produced by Amblin TV and Warner Bros. Animation and centers on Warner brothers, Yakko and Wakko, and the Warner sister, Dot — three inseparable siblings who have a great time wreaking havoc and mayhem in the lives of everyone they meet. They have been locked away in the Warner Bros. water tower for a very long time, but they have found a way to escape. And escape they do — every day! Causing chaos and comic confusion, Yakko, Wakko and Dot run loose in the city, turning the world into their personal playground. Wild executive produces alongside Spielberg as well as Sam Register, President, Warner Bros. Animation and Warner Digital Series, and Amblin Television Co-Presidents Justin Falvey and Darryl Frank.