Twitter Shares Soar On Report Elon Musk Agrees To Move Ahead With Acquisition
Read the full story
May 16, 2019 9:43am 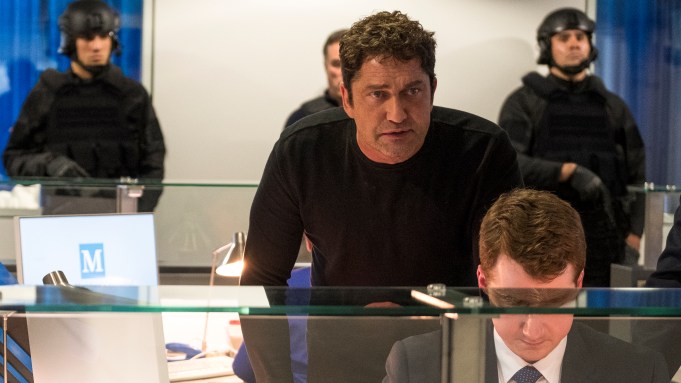 Secret Service agent Mike Banning basically saved Western civilization twice since 2013, and now he stands accused of trying to kill the U.S. president in Angel Has Fallen. Check out the first trailer above.

Here’s how it goes down: Just after President Allan Trumbull (Morgan Freeman) tells his trusted confidant Banning (Gerard Butler) that he’s making him director of the Secret Service, there is a drone-based assassination attempt on Trumbull. The agent is wrongfully accused and taken into custody. After escaping from capture, Banning becomes a man on the run and must evade his own agency and outsmart the FBI in order to find the real threat to the president. Desperate to uncover the truth, he turns to unlikely allies to help clear his name, keep his family from harm and save the country from imminent danger.