Continue to Deadline SKIP AD
You will be redirected back to your article in seconds
Skip to main content
May 23, 2019 7:34am
2Comments 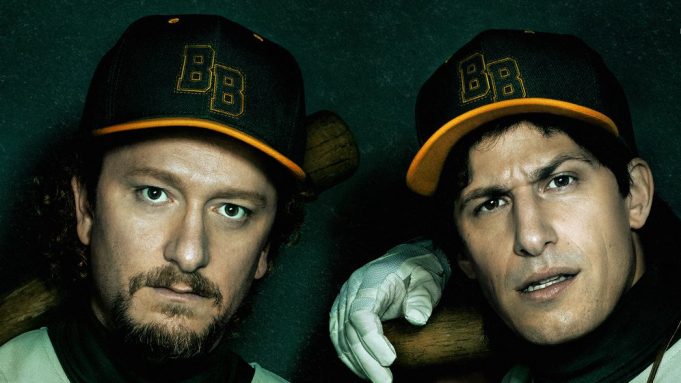 Lonely Island’s 27-minute Netflix “musical poem experience” is being called “a stunning act of artistry/fandom” — well, Netflix is calling it that, but, hey, why not, tongue in cheek or otherwise? The Unauthorized Bash Brothers Experience, featuring the Island’s Andy Samberg and Akiva Schaffer, is certainly a from-the-heart tribute to their childhood heroes, honoring the 30th anniversary of the Oakland Athletics’ 1989 championship season.

Samberg and Schaffer play Jose Canseco and Mark McGwire, also known as the A’s Bash Brothers. The short film, or visual poem, is available in all 190 countries where Netflix is available. In addition to the two stars, Experience features appearances by Haim, Maya Rudolph, Hannah Simone, Jenny Slate, Jim O’Heir and Sterling K Brown as Sia.

Two music videos were released today (watch “Oakland Nights” above, and “Uniform On” below, and be warned about explicit language in the latter). In the accompanying announcement, Netflix writes, “The Lonely Island, who are best known for their puerile and vulgar comedy music, have turned a new leaf with The Unauthorized Bash Brothers Experience, embracing their inner artists and showing they have super smart brains behind their faces, eyes and skulls.”

It goes on: “In the past few days, people have called them ‘genius artists’ and ‘very cool’…I can’t remember who exactly, but it was in line at Starbucks in Pasadena if you need to check on who it was… people usually go to the same coffee places so chances are you’ll see what I’m talking about.”

Netflix also notes, “The accompanying SOUNDTRACK ALBUM is even more powerful art as it allows the mind’s eye to imagine the derring dos of our heroes. It also includes an additional song and even more stellar verses not featured in the visual component, totally free of charge, nbd.”

Check out the music videos above and below.