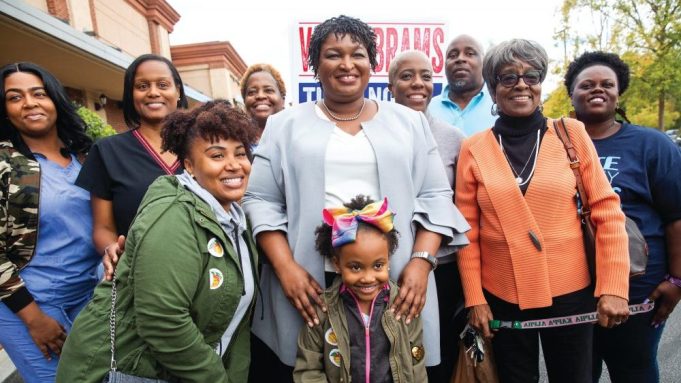 EXCLUSIVE: The future is female…more specifically, females of color. POV’s two-part docuseries And She Could Be Next directed by Peabody Award-winner Grace Lee (American Revolutionary: The Evolution of Grace Lee Boggs) and Iranian documentary filmmaker Marjan Safinia (Seeds) has released its first trailer and added Emmy and Peabody winner Ava DuVernay as executive producer. And She Could Be Next will debut on PBS and at pov.org June 2020.

POV acquired the U.S broadcast and streaming rights for the docuseries which will be part of PBS’s summer “Trailblazers” initiative celebrating the centennial of the women’s vote and putting shine on women using their voices to make change.

Originally set to premiere at the 2020 Tribeca Film Festival, And She Could Be Next spotlights the story of the movement of women of color who are transforming American politics. Filmed in 2018 and through 2019, the docuseries follows candidates and organizers across the country, as women in the margins vie to preserve democracy and make it stronger. The episodes focus on women who are leading the charge in this movement including: Stacey Abrams (Georgia), Bushra Amiwala (Skokie, Illinois), Maria Elena Durazo (Los Angeles, California), Veronica Escobar (El Paso, Texas), Lucy McBath (Atlanta, Georgia), Rashida Tlaib (Detroit, Michigan) and Nse Ufot, Executive Director of the New Georgia Project. On top of putting women of color at the forefront, the documentary also features a crew comprised entirely of women of color.

“If ever there was a moment where we need to be reminded of the leadership of women of color, that time is now,” said Ava DuVernay, one of the film’s executive producers. “If you’re an immigrant, a young person, a person of faith, or simply someone who has felt unseen for too long, you will find yourself reflected in this story.”

“This series brings passion, energy and hope in our uncertain times,” adds Justine Nagan, executive producer for POV. “Supporting this project meant a chance to highlight the work of the bold women of color on the front lines in this country, as well as those behind the camera. We are proud to partner with PBS to bring this landmark work to American audiences on public media.”