Continue to Deadline SKIP AD
You will be redirected back to your article in seconds
Skip to main content
August 25, 2020 6:00am
3Comments 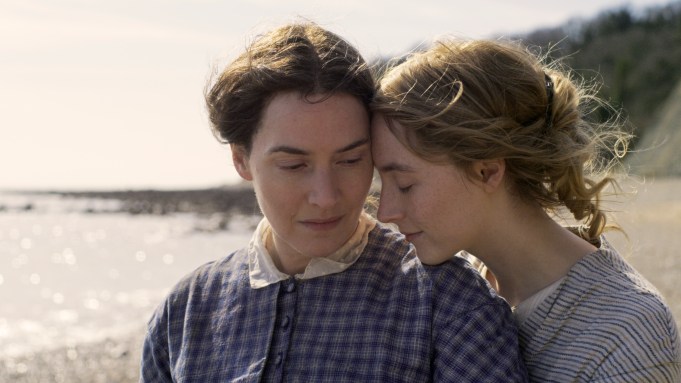 Set in 1800s England, the plot follows acclaimed but unrecognized fossil hunter Mary Anning (Winslet) who works alone on the rugged Southern coastline. When a wealthy visitor entrusts Mary with the care of his wife Charlotte Murchison (Ronan), she initially clashes with her unwelcome guest. Despite the distance between their social class and personalities, the two form an intense bond, compelling them to determine the true nature of their relationship.