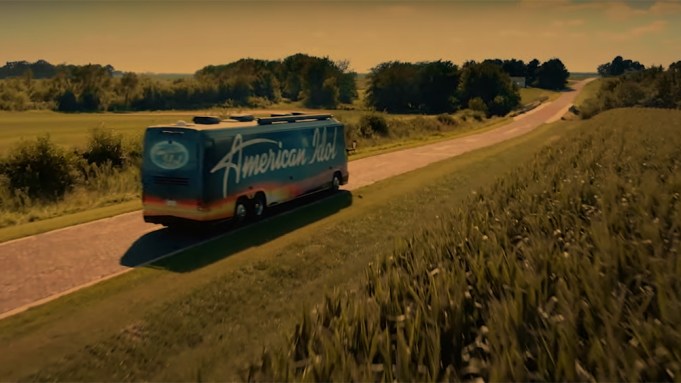 ABC dropped a teaser for the upcoming third season of American Idol tonight during the Oscars ahead of its two-hour premiere on February 16th. The promo is a tribute to the film Almost Famous, and features host Ryan Seacrest along with several of this season’s Idol hopefuls.

Seacrest is back for another year as host of the hit singing competition, along with judges Luke Bryan, Katy Perry and Lionel Richies. Bobby Bones also returns to his role as in-house mentor.

In the premiere episode, Idol heads to Savannah, GA, Milwaukee WI, Washington, D.C., Los Angeles, CA and Sunriver, OR for the judge auditions. This season’s hopefuls, according to ABC, include “a subway performer from Harlem who gives one of the most emotional auditions in Idol history; a garbage collector with no experience who heads to the streets of Savannah, alongside host Seacrest, to warm up for his audition; and a hopeless romantic who encounters her own fairy tale twist during her audition as she sings from the heart.”