Continue to Deadline SKIP AD
You will be redirected back to your article in seconds
Skip to main content
August 25, 2021 4:38pm 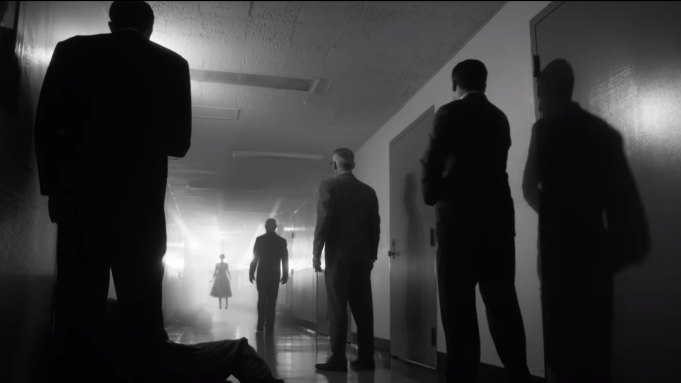 Death Valley is coming to American Horror Story, in the latest teaser for the series’ tenth installment Double Feature.

Just hours before American Horror Story: Double Feature touches down on FX at 10 p.m., the networks revealed a new clip that teases the series’ second chapter. The first episodes six comprise the Red Tide arc, which follows a struggling writer, his pregnant wife and their daughter who move to an isolated beach town for the winter. The last four episodes make up Death Valley, an arc that seems to be about extraterrestrial life on Earth.

Based on the clip, Death Valley seems to take place both in the past and present. The black-and-white footage teases Neal McDonough’s role, and the present day snippet tease those of Kaia Gerber and Nico Greetham, who previously appeared in American Horror Stories.