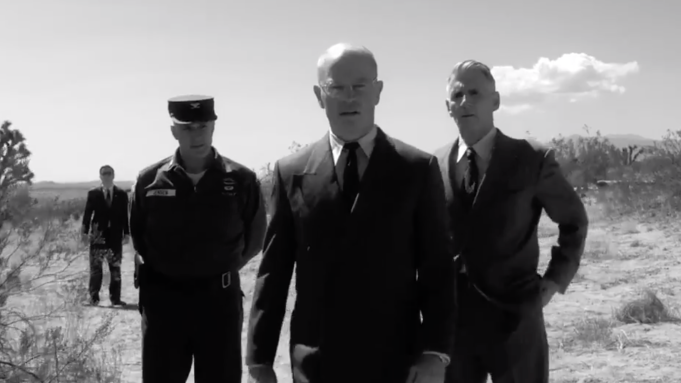 “Whoever you are, wherever you come from, stop what you’re doing. I’m sure you can we can reach an understanding,” McDonough pleads.

Like previous clips, the latest glimpse at Death Valley features both black-and-white footage, which seem to denote a past decade, and those in color representing present-day. Bloody experiments, bug-eyed aliens and more take center stage in the teaser.

Death Valley lands at FX on September 29. Watch the teaser above.