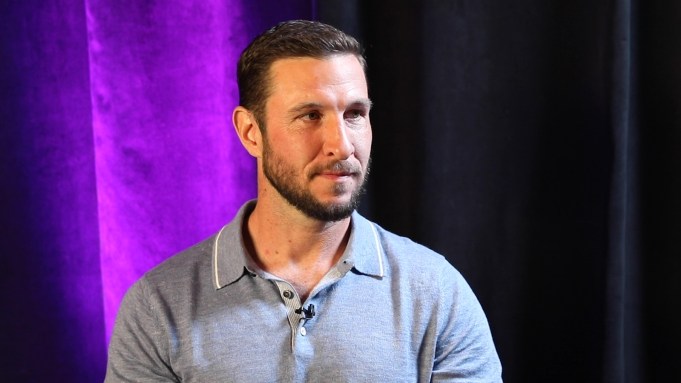 “I want to be in a place where I can be having a really rich, fulfilling collaboration with people that are ready to do their job,” Pablo Schreiber says of what made him so galvanized by the saga and recent death of his Mad Sweeney character in American Gods. “That’s what we got on this episode,” the actor adds of the penultimate episode of Season 2 of the Ricky Whittle-led ensemble series, “and they were jazzed to create this stand-alone thing.”

While not saying that the often drunken nemesis to Whittle’s Shadow Moon and regretful travel companion to Emily Browning’s “dead wife” Laura Moon won’t ever return to the renewed Starz drama based on Neil Gaiman’s acclaimed novel, The Wire alum was clearly very pleased with his exit in the April 21 episode “Treasure of the Sun.”

“The process of Episode 7 was this excavation, of digging up,” the future Halo star passionately revealed. “Digging up his past and filtering out the difference of his mythology, what he’s heard about himself, and what might actually be true.”

A past Emmy and Tony nominee, Schreiber may be too busy on that other premium cabler Showtime, playing a certain MasterChief (no word if the helmet actually ever comes off) to return for more Sweeney. However, it is equally as clear in today’s interview for Deadline’s Next Generation TV that the sort of leprechaun is a role close to his creative heart.

As you will see when you check out the video above.

We’ll back next week with another Next Gen TV, this time in a very Garden State mode. Until then, take a look at my conversation from last week with Star Trek: Discovery’s own Spock, Ethan Peck.