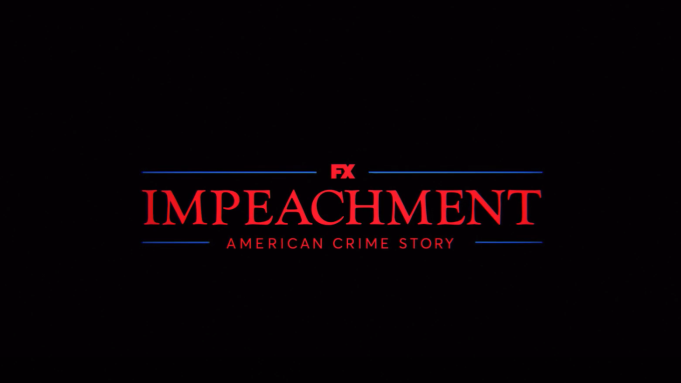 Secrets are shared in the latest teaser for FX’s American Crime Story: Impeachment

FX unveiled a new look at the upcoming limited series, including glimpses at Beanie Feldstein’s Monica Lewinsky and Sarah Paulson’s Linda Tripp. At the center of the latest clip is a moment of secrecy between the two White House figures.

“Tell me everything, Paulson’s Linda responds.

The teaser is just a taste of the recoded conversations that nearly ended former President Bill Clinton’s administration. From questions about Lewinsky and Clinton’s relationship to those about the infamous stained blue dress, the clip prepares viewers for the span of exploration and investigation into one of the United States Presidency’s most controversial moments.

“The blue dress, it would be smart to keep that uncleaned in your possession,” Tripp continues.

The snippet comes to a close with a dramatic face-off between the White House intern and former Defense Department worker.

“My life is over,” Feldstein says.

Season 3 of American Crime Story is based on Jeffrey Toobin’s book A Vast Conspiracy: The Real Story of the Sex Scandal That Nearly Brought Down a President. Clive Owen stars as Bill Clinton, Annaleigh Ashford as Paula Jones and Billy Eichner as journalist Matt Drudge.