Contenders International Is On Lunch Break: ‘Eternal Spring’ Up Next - Watch The Livestream
Read the full story
October 21, 2021 3:45pm 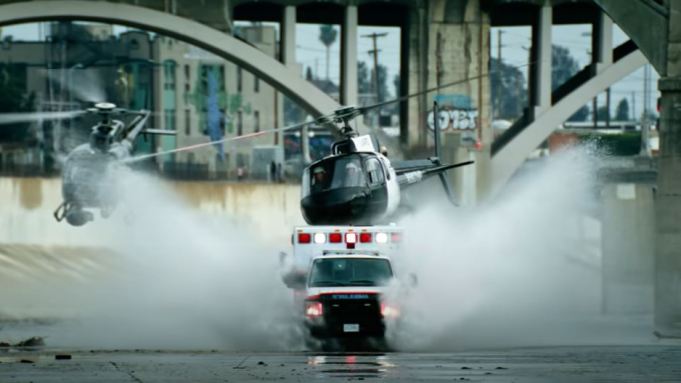 Gyllenhaal and Abdul-Mateen play old buddies whose plan to rob a bank in an effort to help Abdul-Mateen’s character pay for surgery for his wife goes south, and they are forced to hijack an ambulance to try and get away. But it happens to be transporting a police officer who had been shot while trying to stop the robbery. Gonzalez plays the paramedic in the vehicle.

The trailer was originally shown during Universal’s presentation at CinemaCon in August. The pic is set to open in theaters February 18, 2022, on Presidents Day weekend.

At CinemaCon, Gyllenhaal said at the top of the clip, “It’s the kind of movie made for a big old movie theater.”