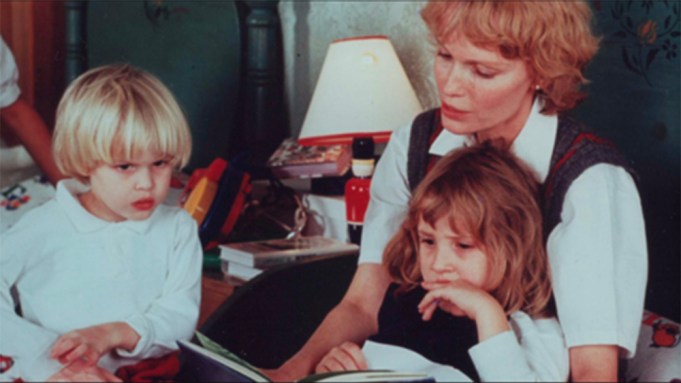 HBO Documentary Films has unveiled the trailer for Allen v. Farrow, the four-part documentary series from Kirby Dick & Amy Ziering and Amy Herdy about the public scandals surrounding Woody Allen and Mia Farrow. It comes ahead of its premiere Sunday at 9 p.m. on HBO and HBO Max.

There’s a lot to cover in the series, which dives in to the accusations of sexual abuse against Allen involving his and Farrow’s daughter Dylan who was 7 at the time, the custody trial, and Allen’s relationship with Farrow’s daughter Soon-Yi, using home movie footage, court documents, police evidence newly unearthed audio tapes.

The docuseries includes interviews with Mia Farrow, Dylan Farrow, Ronan Farrow, Carly Simon, a prosecutor, relatives, investigators, experts and other first-hand eyewitnesses, some of whom are speaking publicly about the events for the first time.

Notable in the trailer: Mia Farrow calling Allen the great regret of her life: “I wish I never met him,” she said.

Allen v. Farrow comes from Dick, Ziering and Herdy, the team behind HBO Max’s documentary On the Record, which examines the sexual assault allegations against hip-hop mogul Russell Simmons. Dick and Ziering earned an Oscar nomination for 2012’s The Invisible War, an investigation into the rape epidemic among soldiers in the U.S. military.

Check out the Allen v. Farrow trailer above.