Continue to Deadline SKIP AD
You will be redirected back to your article in seconds
Skip to main content
August 10, 2020 10:10am 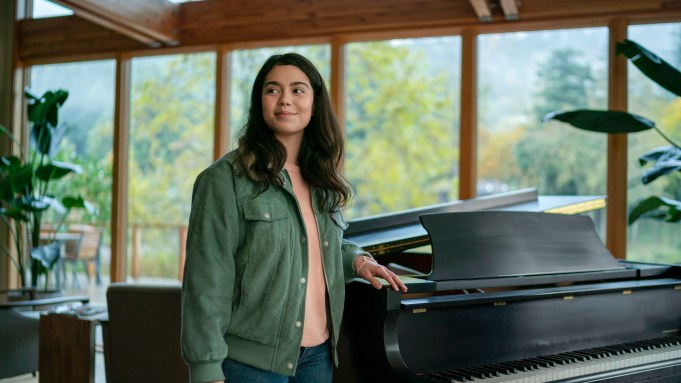 Netflix has released the trailer for All Together Now, the movie based on Silver Linings Playbook author Matthew Quick’s novel Sorta Like a Rock Star. Auli’i Cravalho stars in the drama directed by Brett Haley, which begins streaming August 28.

Adapted by Quick, Haley and Marc Basch, Moana and All Rise star Cravalho plays Amber Appleton, a musically gifted high schooler who remains an optimist even when her personal life is less stable than it appears. She balances her beloved high school drama club helmed by Mr. Franks (Fred Armisen) and her dreams of college with working long hours at a doughnut shop to help support herself and her down-on-her-luck single mom (Justina Machado), and they live in a school bus after mom’s boyfriend kicks them out of his house. Amber also spends time at the local retirement community, giving care and attention to her favorite resident (Carol Burnett).

The film has had a long journey to the streaming giant. Then-Fox Searchlight, which released Silver Linings Playbook and scored eight Oscars with it including a win for Jennifer Lawrence, originally acquired Sorta Like a Rock Star‘s film rights in 2013, with Miguel Arteta aboard to develop it. Deadline scooped the Netflix, Cravalho and Haley news in July 2019.